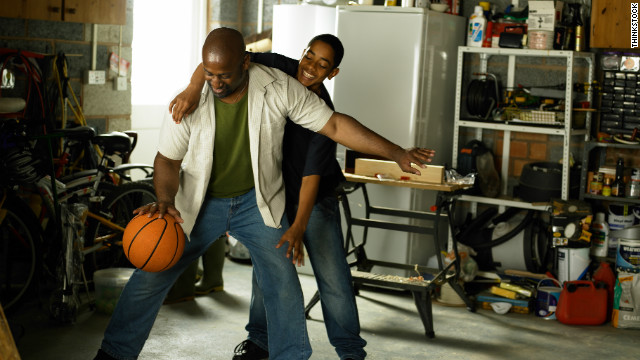 What happens when your son grows into a young man who is stronger and more independent?
June 14th, 2012
12:00 PM ET

Opinion: When the son surpasses his father

(CNN) - My heart was pounding so hard, it felt as if it were trying to break free from my body.

I felt dizzy and feverish, and my eyes stung from all of the sweat dripping into them.

And as I was desperately trying to figure out what was happening to me, I suddenly had this debilitating thought: My God, my son is trying to kill me.

Why else would he be running so fast? And so far?

When my 15-year-old asked if I would go jogging with him, I didn't think anything of it. We've worked out together many times before, and though it's been a while since we went running, I play basketball and tennis every week, so I'm in great shape ... for a guy my age.

But something unexpected happened somewhere between me laying him down in his bassinet and me being on the cusp of lying down on the sidewalk I was running on: We got older.