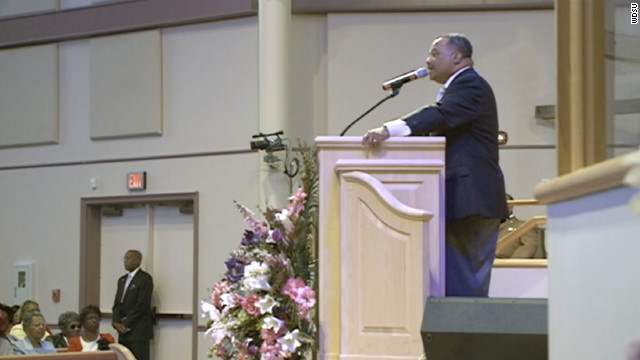 (CNN) – More than 160 years after its founding as a pro-slavery church, the Southern Baptist Convention on Tuesday elected a black pastor for the first time to lead the denomination.

The election of the Rev. Fred Luter Jr. of New Orleans comes 17 years after Southern Baptist leaders apologized for the denomination's onetime support of white supremacist and segregationist policies.

It also cements years of effort by the church to overcome that divisive heritage.

"Just as some have said that in America race is the original sin, that certainly has been the case among the Southern Baptists," said Curtis Freeman, the director of Duke University's Baptist House of Studies. "It's something that the convention has never been quite able to [get] beyond."

Luter, 55, was unopposed in the election, which occurred Tuesday afternoon at the denomination's annual meeting in New Orleans.

He comes to the presidency after serving one term as vice president of the 16 million member organization, the second-largest denomination in the United States – behind only the Catholic Church. He will replace the Rev. Bryant Wright, the senior pastor at Johnson Ferry Baptist Church in Marietta, Georgia.