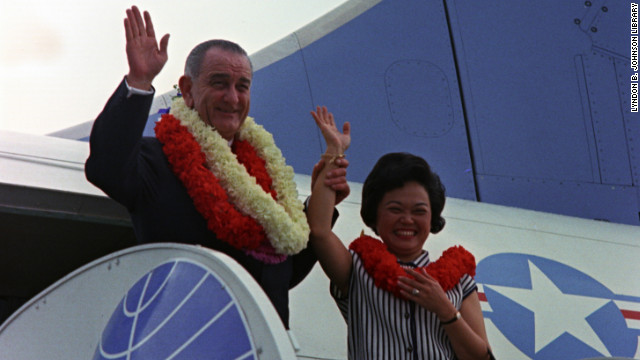 How a mother changed the world for her daughter

(CNN) - Wendy Mink was 7 years old when she decided to run for president.

But her dream was denied before she began.

"I was asked to remove my name from the ballot," Mink said. "A teacher told me that it was more appropriate for a boy to be president."

She could be a helper and run for vice president, the teacher offered.

Ten years later, Mink received a rejection letter from Stanford.  They had "reached their quota" of women for that year.

Today, the independent scholar who taught for 30 years in higher education sees how Title IX - the education act that prohibited gender discrimination in federally funded institutions - has influenced her life.

"I directly witnessed the struggle to win and implement Title IX and have been directly involved in its enforcement at the university level," she said.

A woman who went to graduate school and worked in academia, she has a professional connection to the legislation that was signed 40 years ago.

But there also is a more personal one.

The co-author of the law was her mother.

END_OF_DOCUMENT_TOKEN_TO_BE_REPLACED

On 25th anniversary, a quilt displays an American tragedy

Atlanta (CNN) - Gert McMullin scurries about a cluttered storage space, keeping track of the thousands of pieces of folded fabric plucked off metal shelves and packed into blue cardboard containers for their journey to the nation's capital.

The cloth panels are part of a quilt that has been her life these 25 years, since she began piecing together an American tragedy.

In the early days, McMullin, 57, sewed her mailing address into the panels she made in memory of friends who died. She thought they would be returned to her once America defeated AIDS.

She did not anticipate that a quarter century later, the AIDS Memorial Quilt, now 48,000 panels-strong, would still be growing.

The AIDS Quilt, and hoping for 'The Last One'

A new panel comes in almost every day to The Names Project Foundation, an Atlanta-based nonprofit organization that serves as the quilt's custodian.

On this bittersweet anniversary, the quilt will again be displayed in Washington, as it first was in 1987.

It's now believed to be the largest piece of folk art in the world. At a one-minute glance per panel, it would take a full 33 days to view the quilt in its entirety.