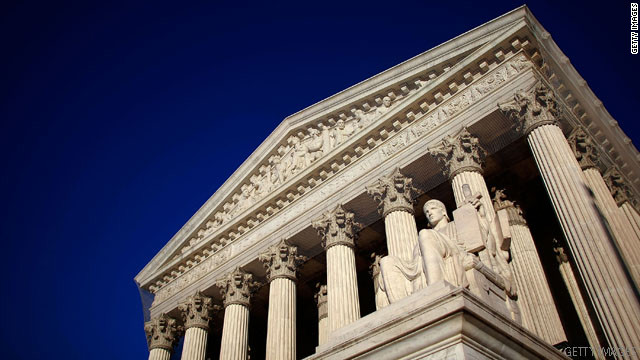 WASHINGTON (CNN) - The U.S. Supreme Court ruled largely in favor of the U.S. government Monday in a controversial case involving an Arizona law that sought to crack down on illegal immigration.

The court struck down key parts of the Arizona law in a 5-3 ruling sure to ripple across the political landscape in a presidential election year.

"Arizona may have understandable frustrations with the problems caused by illegal immigration while that process continues, but the state may not puruse policies that undermined federal law," the majority opinion said.

The majority concluded the federal government had the power to block SB1070, though the court upheld one of the most controversial parts of the bill - a provision that lets police check a person's immigration status while enforcing other laws if "reasonable suspicion" exists that the person is in the United States illegally.

The Obama administration had argued immigration matters were strictly a federal function.

The ruling is likely to have widespread implications for other states that have or are considering similar laws.