(CNN) - Edwin J. Fizer got off the train to report for training at Montford Point, North Carolina in the summer of 1942. He, like all proud Marines, had to prove his mettle.

Except, Fizer had another tough hurdle. He was black, and until then, the U.S. Marine Corps had been all white.

But in June, 1941, President Franklin D. Roosevelt issued an order that began to erase discrimination in the armed forces. The Marines were the last to open up and the next year, Fizer was among 18,000 young black men who trained - not at Parris Island - but at a segregated facility in Montford Point, North Carolina.

"It was one of the worst times of my life," said Fizer, in Atlanta Saturday for the annual gathering of the Montford Point Marines. "I was fighting the war on racism and Jim Crow and at the same time getting ready to fight a war overseas."

The history-making Marines never received the same recognition as the famed Tuskegee Airmen, African-American pilots who fought in World War II. But the few Montford Marines who are still alive reunite each year at their convention and hope to spread the word about the path they paved.

Female writers to Nora Ephron: 'I'll have what she's having'

(CNN) - The romantic comedy is not a movie category necessarily known for churning out Oscar nominees, but in the capable hands of Nora Ephron, the "rom-com,"  a genre that elicits as many rolled eyes as clutched hearts, was a smart and lovely thing.

In the oft quoted scene from "When Harry Met Sally," for which Ephron earned a screenwriting Oscar nomination, Sally, played by Meg Ryan, imitates a moment of pleasure with great exaggeration, before promptly stopping and having a bite to eat.  A neighboring diner looks at Ryan, then at her waiter, and deadpans:

"I'll have what she's having."

Ephron was a writer's writer: journalist, book author, playwright, blogger, editor, director. In the process, she became a symbol to a generation, similar to what  Dorothy Parker, the journalist known for her wit, was to her: an example of an intelligent, witty writer of a generation.

"I’m not going to lie: since I first learned of Nora, when I understood the body of her work, I wanted to be like her," Forbes contributor Liza Donnelly wrote.

END_OF_DOCUMENT_TOKEN_TO_BE_REPLACED 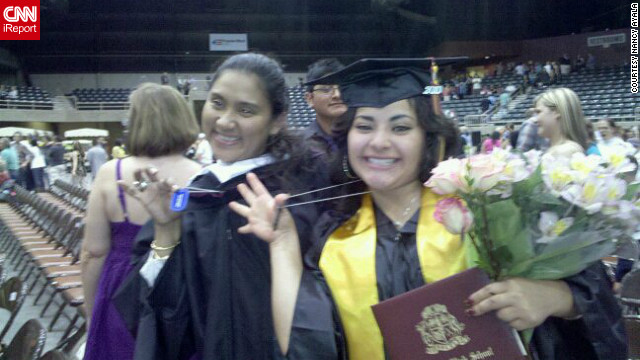 Opinion: No one at the top gets to have it all

Editor’s note: Carolyn Edgar is a lawyer and writer in New York City. She writes about social issues, parenting and relationships on her blog, Carolyn Edgar. Follow her on Twitter @carolynedgar.

(CNN) -Anne-Marie Slaughter’s much-discussed article in The Atlantic, “Why Women Still Can’t Have It All,”  contains an inconsistency: after describing all the reasons why she had to give up her “dream job,” Slaughter writes: “Only when women wield power in sufficient numbers will we create a society that genuinely works for all women. That will be a society that works for everyone.”

It’s hard to imagine how well the utopian society Slaughter describes will work for female leaders. Those women will still be forced to struggle with the challenges Slaughter describes of trying to hold a position at the top of one’s field while maintaining one’s commitments to family and community.

The truth is, no one – male or female – who wants to work at the top gets to “have it all.” No one gets to be CEO of a Fortune 100 corporation, or managing partner at an international law firm, or United States senator – or President–without making significant personal sacrifices.

Opinion: Why is 'having it all' a women's issue?

I experienced this first hand. END_OF_DOCUMENT_TOKEN_TO_BE_REPLACED 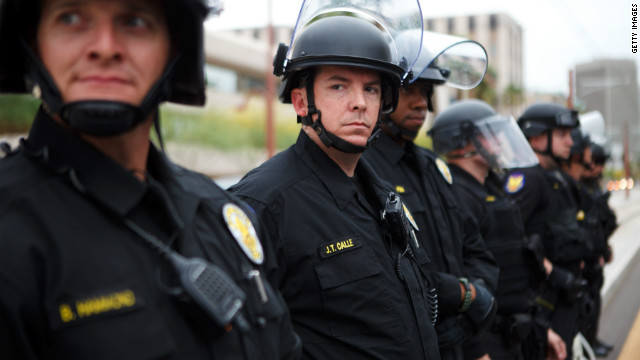 Police officers look on as protesters opposed to Arizona's Immigration law rally April 25 in Phoenix. There are concerns that enforcement of the law will strain already overtaxed police departments.
June 27th, 2012
07:43 AM ET

(CNN) - The U.S. Supreme Court's decision upholding a piece of Arizona's controversial immigration law portends such a "huge" increase in policing for one department that the chief wondered Tuesday if his agency will be able to handle the workload.

At a time when the Tucson Police Department is down 160 officers because of a weakened economy, the agency now must make up to 50,000 additional phone calls a year to federal officials to verify the immigration status of persons whom officers have stopped and have reason to believe are in the country illegally, Police Chief Roberto Villaseñor said Tuesday.

Other law agencies in Arizona, however, reported "business as usual" a day after the Supreme Court ruling.