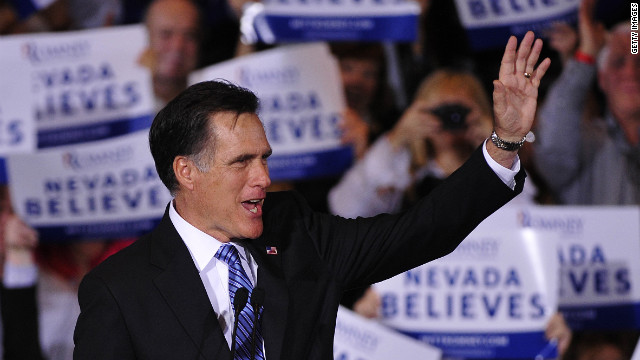 Mormons showed up at polling places in robust numbers to help push Mitt Romney to victories in Western states.
July 3rd, 2012
11:46 AM ET

Mormon influence in Nevada fading, but still a factor

Las Vegas, Nevada (CNN) - In 1986, with control of the United States Senate up for grabs, The Economist dispatched a reporter to Nevada, an important battleground that year, to survey the race between then-Rep. Harry Reid and his Republican opponent, James Santini.

"Mr. Reid's performance in Las Vegas could well turn on the Mormon vote," the correspondent noted, spotlighting Reid's religion. "Though only some 12% of Nevadans are Mormons, they punch more than their weight. Less than half the state's eligible voters bother to register, but Mormons almost always do, which gives them about a quarter of the likely turnout."

Members of the Jesus Christ Church of Latter Day Saints still punch more than their weight in Nevada politics, holding a broad array of elected offices and deep sway within the business community.

But the portrait of Nevada as a sparsely populated desert locale where elections hinge on the Mormon vote now seems quaint.

The state's dramatic population growth over the last two decades - two-thirds of all registered voters in Nevada registered to vote after the 2000 presidential election, for instance - has diluted the influence of Mormon voters on statewide elections.