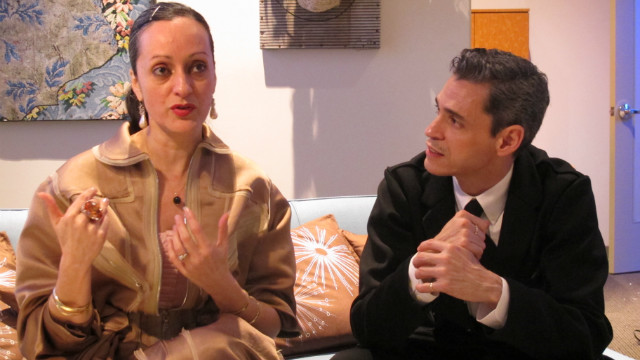 (CNN) - Artists Isabel and Ruben Toledo share a romantic magnetism that binds together their personal and professional lives. They finish each other's sentences; they encourage each other's fantastical whims. It's the kind of chemistry that creative types covet.

The Cuban-born Toledos met in high school in West Jersey, New York, and married in 1975. Since then, they have achieved success in their respective worlds: Isabel, as a fashion designer who counts Michelle Obama among her clients; and Ruben, as a cartoonist whose drawings have appeared in The New Yorker. They live and work together in a loft that takes up several floors in Midtown, New York, and offers a view of the Empire State Building.

Neither considers their ascent to fame conventional and, in many ways, they still regard themselves as outsiders in the fashion world. So, when Isabel was approached about writing a book of fashion advice for women, she seized it as an opportunity to tell the world that there is no straightforward path to success, especially as a designer.

Naturally, Ruben provided the drawings for "Roots of Style," which was published this year. And, of course, he was wearing a black jacket and pants designed by his wife when they visited Atlanta in May for a student auction at the Savannah College of Art and Design.

They spoke with CNN about love, life and labor.