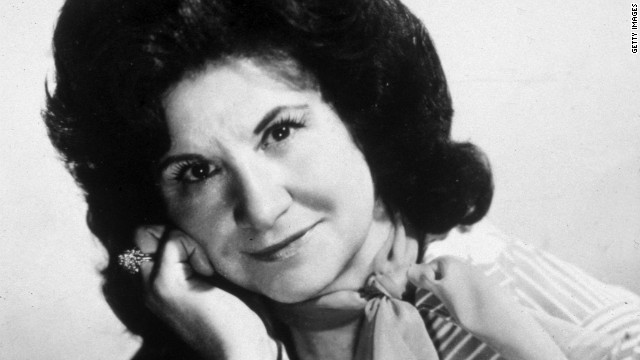 Los Angeles (CNN) - Kitty Wells shocked the country music scene when she first sang about honky tonks and cheating husbands 60 years ago, but it propelled her to stardom and blazed a path for the strong female voices that followed.

"Before Miranda Lambert, there was Reba McEntire," Jones said. "Before Reba there was Loretta Lynn. Before Loretta, there was Patsy Cline. Before Patsy, there was Kitty Wells."

"If I had never heard of Kitty Wells, I don't think I would have been a singer myself," Lynn said after learning of Wells death Monday at the age of 92. "I wanted to sound just like her, but as far as I am concerned, no one will ever be as great as Kitty Wells."

"She was a trailblazer for all the women in country music," McEntire said Tuesday.