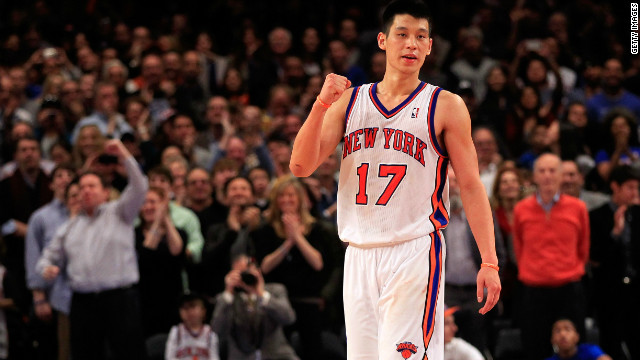 Jeremy Lin is the first U.S.-born NBA player of Chinese or Taiwanese descent, and his rise to stardom received international attention.
July 18th, 2012
09:00 AM ET

New York (CNN) - Seven months after dropping him from their team, the Houston Rockets signed Jeremy Lin when the New York Knicks failed to match Houston's three-year, $25-million offer for the point guard.

"We are thrilled to have Jeremy back as part of the Rockets family," Rockets owner Leslie Alexander said in a statement Tuesday night. "In his limited opportunity last season, Jeremy showed that he has all the skills to be a great player in this league for many years to come."

Opinion: From role player to team leader - Lin and the rise of Asian American leadership

The Harvard-educated basketball phenom captured worldwide attention by leading the Knicks to a string of victories last year.

Jonathan Supranowitz, the Knicks' vice president of public relations, announced Tuesday night that the Knicks would not match Houston's offer.

On Twitter, Lin expressed his enthusiasm to rejoin the Rockets.

"Extremely excited and honored to be a Houston Rocket again!!" he tweeted. "Much love and thankfulness to the Knicks and New York for your support this past year ... easily the best year of my life."