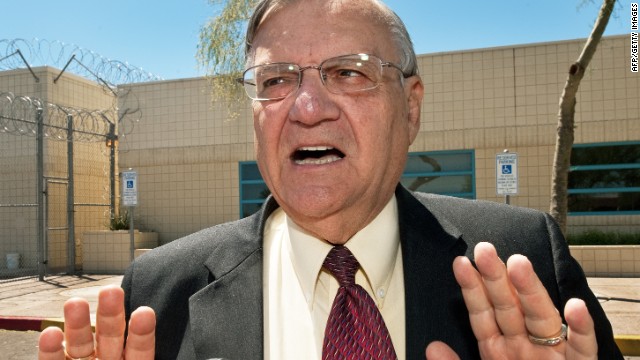 Phoenix (CNN) - Attorneys gave opening statements Thursday in a civil trial accusing an Arizona sheriff - who bills himself as "America's toughest" - and his department of racial discrimination against Latinos.

The American Civil Liberties Union of Arizona and other attorneys are representing Hispanics in a class-action lawsuit accusing Maricopa County Sheriff Joe Arpaio of civil rights and constitutional violations. The bench trial is being held in the U.S. District Court in Phoenix.

In his opening remarks, Stanley Young, an attorney for the plaintiffs, told the judge that Arpaio and his department violated "the fundamental value of equal protection under the law" through a "policy of racial discrimination and mistreatment of Hispanics."

Tim Casey, an attorney for the sheriff, told the court that "there is no evidence that race or ethnicity played a factor" in the detention of the five named plaintiffs.

"Ethnic constituency of the neighborhood plays no role" in the Maricopa County Sheriff's Department's selection of neighborhoods for saturation patrols, Casey said in court.

Arpaio is expected to appear in court to testify early next week.