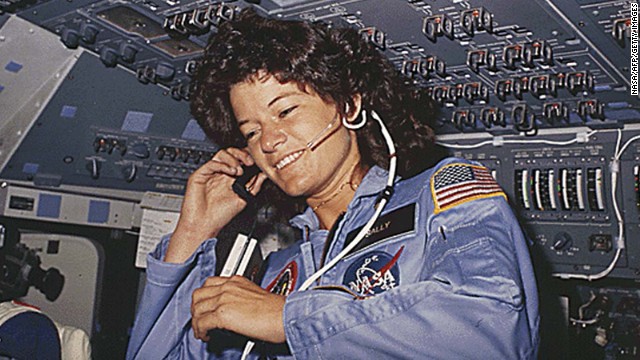 (CNN) - Sally Ride, the first American woman to fly in space, died Monday after a 17-month battle with pancreatic cancer, her company said. She was 61.

"Sally lived her life to the fullest, with boundless energy, curiosity, intelligence, passion, commitment and love. Her integrity was absolute; her spirit was immeasurable; her approach to life was fearless," read a statement on the website of Sally Ride Science, a company she started to help teach students - particularly young women and girls - about science, math and technology.

Ride flew into orbit aboard the space shuttle Challenger in 1983 to become America's first woman in space. She took a second trip aboard the same shuttle one year later.

The first woman in space was Soviet astronaut Valentina Tereshkova, who orbited the earth 48 times in 1963.