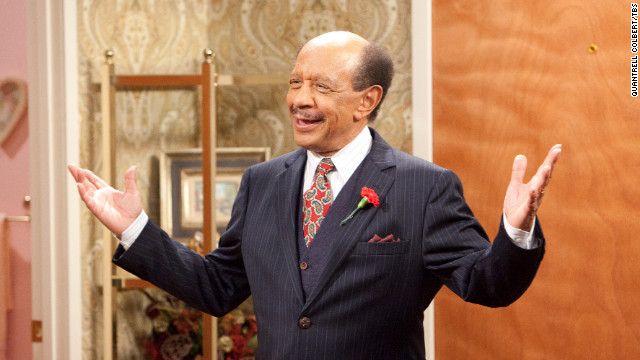 (CNN) - Sherman Hemsley, who played the brash George Jefferson on "All in the Family" and "The Jeffersons," died Tuesday at 74, his booking agent said.

Hemsley played Jefferson, a wisecracking owner of a dry cleaning business, on "All In the Family" from 1973 until 1975, when the spinoff "The Jeffersons" began an 11-season run on CBS.

Police in El Paso, Texas, where Hemsley lived, said there was no evidence of foul play. The cause of death will be determined through an autopsy, according to a news release.

For the first few years on "All in the Family," George Jefferson was not seen, only referred to by his wife, Louise, played by the late Isabel Sanford.

He told Archive of American Television in 2003 that he was told by the show's producers that Jefferson should be "pompous and feisty."

Jefferson was every bit as big a bigot as his neighbor, Archie Bunker, played by Carroll O'Connor. Jefferson often referred to white people as "honkies."

He was also mean and condescending to his neighbors, his son Lionel and, when he moved to a ritzy apartment on Manhattan's East Side, to his maid. But his character was still wildly popular with TV audiences.