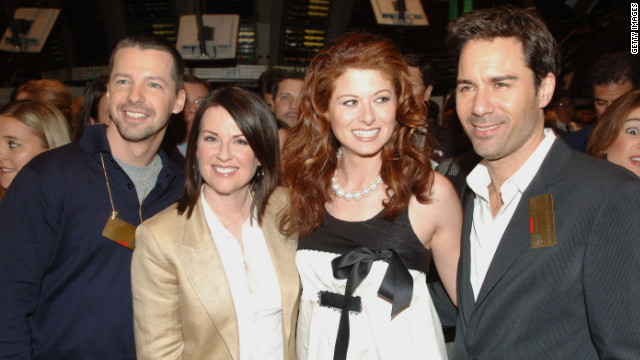 She's still my best friend 21 years later. We've shared some defining moments: her wedding and the birth of her two children; my coming out of the closet as a gay man; losing my mother at 23 years old; our 20-year college reunion. I couldn't imagine making it through any of these milestones without her by my side.

Though I have one loving sister, I easily consider Natalie a sister from another mother. More important, she set the standard for an ilk of relationship that I have grown to treasure and celebrate: the bond between gay men and their straight girlfriends.

Judging by popular depictions, a straight woman's connection with a gay man offers only the shallow benefit of an enthusiastic shopping buddy or a sassy hairstylist. But through the lens of reality and closer inspection, these relationships run deeper and wider. And there seems to be a growing acceptance of the unique duo.

Share your thoughts and remembrances for the victims on CNN iReport.

(CNN) - Several years ago, Satwant Singh Kaleka put a large American flag in the front of his yard, raising the eyebrows of his children, who thought it might be considered an eyesore.

Kaleka pointed out there were no homes nearby with flags, and he wanted to show that the United States was a land of opportunity, said his son, Amardeep Kaleka.

The elder Kaleka, 65, served as president of the Sikh temple in Oak Creek, Milwaukee, scene of Sunday morning's mass shooting. He was one of six community members killed.

"He lived the American dream," Amardeep Kaleka told CNN's "AC360" on Monday night. His father brought his family to the United States with little money but a strong work ethic in the early 1980s. The flag also was a form of protection for the family, Satwant Kaleka told them.

It stood at half-staff Monday evening as the family grieved. 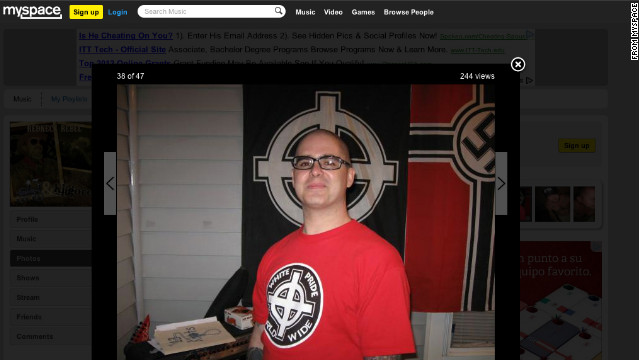 What comes to mind? The Ku Klux Klan during the 1920s? Maybe the Nazis in World World II?

Hundreds of white supremacist groups are active in the United States today and are experiencing a kind of resurgence.

They are in the spotlight this week in the wake of a deadly shooting at a Sikh temple outside Milwaukee. Authorities have said they are looking into whether the alleged gunman, who was killed, had ties to a white supremacist group.

"I know they're out there. I try not to alarm the public too much, but it's something that really needs to be taken a hold of now because more and more we see facts coming out that this is happening more often and more often, and it's not going to stop anytime soon," said David Gletty, who worked as an undercover informant on extremist groups for the FBI.

Currently, there are more than 1,000 hate groups in the United States, according to the Southern Poverty Law Center, which tracks such groups and says it was tracking the Wisconsin shooting suspect for years before the attack.