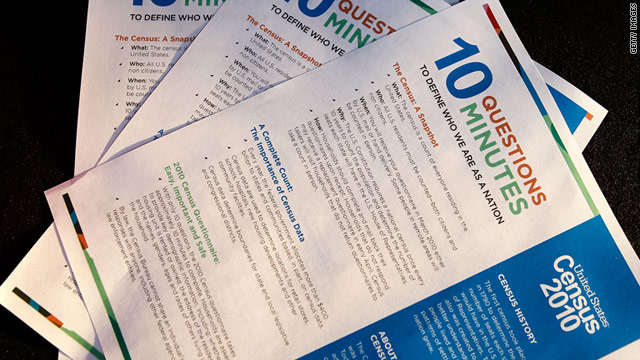 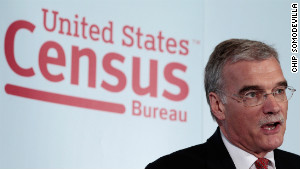 GROVES: My personal experiences as a Census Bureau director have taught me that talking about a “mainstream” culture doesn’t make much sense. It’s hard to go from Manhattan to, you know, Lincoln, Nebraska, without saying, "Gee, I’m in two very different places." People talk differently, they move at different rates, they’re interested in different things, they’re knowledgeable about different things. They interact differently. So it isn’t quite clear to me anymore what we mean by mainstream culture. We are many different cultures in this country, and we’re actually quite proud of that.

CNN: What about the increasing diversity of the population? In the 2010 Census, 9 million Americans checked more than one box when it came to race and ethnicity. Does that mean the ethnic and racial categories that were added in 1970 and 2000 are out of date?

GROVES: That’s a good question. We haven’t made any decisions. On Wednesday we’ll release the findings from a whole set of coordinated experiments on different ways of measuring race and ethnicity. The word “Negro” was an issue in 2010. We actually have an experiment that will tell us if you add that word or drop that word do people behave differently and how they code themselves. We’re experimenting with that to see, and the question is always if we changed the form of the question or the words in the questions, or the groups mentioned, do people respond differently? So we’ll report that, and that will begin a very hopefully transparent dialogue with stakeholders all around the country.

CNN: The 2010 Census also confirmed some important social trends such as the rise of minority households, same-sex unions, or single people outnumbering married people for the first time in history — these things are all changing the American family. Do people understand the degree of transformation that’s going on right now?

GROVES: Well, I think there’s, there are few misunderstandings or myths with regard to these [demographic] trends. So just take marriage, you know, the rate of marriage and age of marriage. These are pretty pervasive trends. Now, we’re a little behind Europe on this, so in a way, you can look  to Europe and say, so what’s the long run effect of this on say, adolescent behaviors and child development and stuff like that? So, I think there are a lot of myths with regard to statistics and once you start studying the data. Let’s take the Asian population, which is often labeled as the model minority. If you dig in to those data and separate it by country of origin, there are very, very, very wealthy Asian groups and very, very poor Asian groups. So, with regard to all of the social trends, I think it’s important to drill down and look at variation. There’s usually a lot of variation within them.

Asian, more than Latinos, are largest group of new arrivals to the U.S.

CNN: How is technology, and the rise of crowd sourcing and social media, changing the Census Bureau?

GROVES: We just released our first API, which is a piece of software that allows other app developers to access our data in a predictable and easy way. And within hours of releasing the beta version of that API we had people writing apps already. So, our goal on this is that whatever device you might have in your hand or built into your eyeglasses or whatever, we’re going to be on it. This is not a desktop world anymore.

Bringing the census into the internet age

CNN: What would be your advice to your successor?

GROVES: Keep the organization transparent. Open up the doors and listen to people from the outside, and over-support change, even if it’s risky. So, the great forces in any big organization are to stability and inertia and so you need something at the top that is biased towards change because everything else is biased towards stability. We have a bunch of young, really smart people who are raring to go, and [you should] liberate them. Let them do their thing. You know? It’ll be good.