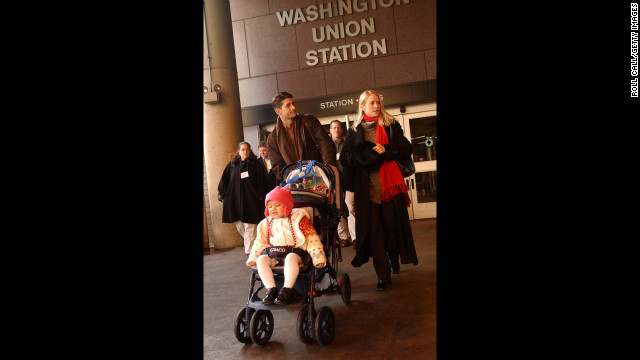 (TIME) –Janna Christine Ryan, née Little, planned to marry Representative Paul Ryan on Dec. 2, 2000, in Oklahoma City — about two hours up Interstate 35 from her hometown of Madill. Then Congress decided to reconvene on Dec. 4 to finish up work on the federal budget, and their postwedding plans to go to the Caribbean were suddenly in doubt. Being a politician’s spouse is never a honeymoon. And now that may be truer than ever for Janna, whose husband was just picked as the Republican Party’s next vice-presidential nominee.

At a Saturday event in Norfolk, Va., where Mitt Romney introduced the nation to his running mate, Ryan waved his arm toward the risers behind him and made an introduction of his own. “I want you to meet my family,” he said. Ryan introduced 43-year-old Janna and their three children: Liza, 10, Charlie, 8, and Sam, 7. They later greeted supporters — Janna wearing a sleek brown dress and big smile, the kids worthy of a J.Crew catalog. It’s a family all of America will soon get to know.

Janna hails from the remote Oklahoma city of Madill (pop. 3,818) but enjoyed educational privilege growing up. She and her sisters attended the exclusive Camp Waldemar school in Hunt, Texas, before heading off to Wellesley College just outside Boston. After graduation, Janna found her way to Washington, D.C., where she attended law school at George Washington University and eventually landed a job at PricewaterhouseCoopers in Arlington, Va. It was during that period that she met Ryan, just 30 years old and starting his first term in the House.

The two enjoyed a political connection, albeit across party lines. Janna had previously worked on the Hill as an aide to Oklahoma Congressman Bill Brewster, a Democrat. Her first cousin Dan Boren is now a Democratic Congressman from Oklahoma. (He released a warm statement on Saturday saying that Janna was sure to be “Paul’s strongest supporter on the campaign trail.”) When her engagement to Ryan was made public, the Milwaukee Journal Sentinel said Janna was “depriving Congress of one of its more eligible bachelors.”