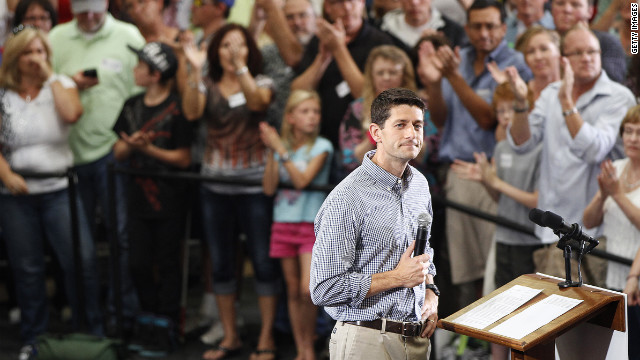 Opinion: The race to define Ryan in Florida

Now that we know who the players are, the race is on to define Paul Ryan. Winning the contest of turning him into either a villain or hero could determine the election in several states, none more important than Florida, the big kid on the swing-state block. Paul Ryan has great potential, the potential to be an asset or a liability to the Republican ticket. How he affects the election in Florida depends primarily on two voting groups, seniors and Hispanics.

We just don't know how he will play with those two groups. Polls show that most Americans don't know much about Rep. Paul Ryan. Political junkies either love or hate the Ryan Plan, but average Americans are more likely to be conversant on the latest contestants on "Dancing with the Stars" than on the intricacies of Ryan's budget proposal.

There will be a Medicare battle waged in Florida, a state with one of the biggest senior populations in the country. Democrats will say Ryan will end Medicare as we know it. Republicans will say he is a courageous leader who offers a responsible solution to the inevitable bankruptcy of Medicare and Social Security.

I live in Florida and have seen this movie before. It usually involves scary robo-calls and political mailers targeting seniors.

While in Florida, he should also do Hispanic outreach. Latinos don't know Ryan from Adán. Given the standing of the Republican brand with Latinos, that may be a good thing. Not being known is better than being disliked.

Soon after Ryan was named, my inbox filled up with e-mails about his vote against the Dream Act, which would allow undocumented young people brought here as children to become legal under certain circumstances. This is a popular and emotion-laden measure among Latinos. Ryan had also been an opponent of the U.S. embargo against Cuba. This is a heresy for a dependable voting block of Cuban-American Republicans. Yikes!

NEW YORK (CNNMoney) - As the economy slowly recovers, single people are finding jobs much faster than their married peers.

Single men and women lost about 5 million jobs during the financial crisis, and have since gained back 90% of them, according to the Labor Department. That's not too shabby, especially considering the jobs recovery has been so slow.

But married people, who make up a slightly larger part of the adult population, lost even more jobs and have gained far fewer back. Of the 6 million jobs they lost, they've recouped only about 22%.

Could employers be favoring single workers?

The first clue is the timing. Singles slowly started recovering jobs in 2009, whereas married people didn't see a recovery begin until 2011.

That could be of their own choosing, according to University of Chicago Economist Bruce Meyer. He suggests that in dual-earner households, married people have slightly more freedom to take their time in searching for a new job that's a good fit. 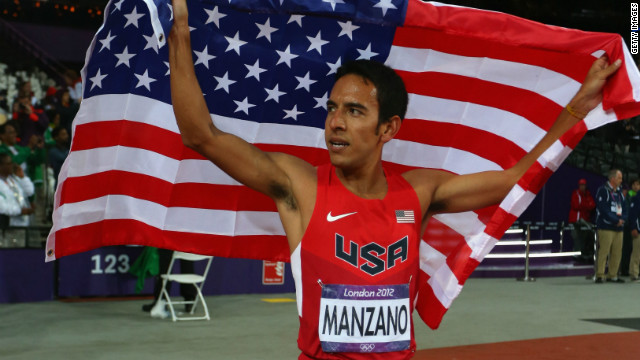 Opinion: Why it's OK to wave the U.S. and Mexican flag at the Olympics

Editor's note: Jesús Chairez, a Latino activist and freelance writer, is a former producer and host of the first GLBT Latino radio show, "Sin Fronteras" ("Without Borders") on KNON 89.3 FM. He has written for the Dallas Morning News, Dallas Voice and the Los Angeles Times. Follow him on Facebook.com/jesuschairez or Twitter: @JesusChairez

By Jesús Chairez, Special to CNN

Dallas, Texas (CNN) - When Leo Manzano won second place in the 1,500-meters final at the Olympics, he celebrated his well-deserved victory by waving two flags, that of the United States and Mexico. He has every right to do so: After all, he has dual citizenship for both countries.

Some observers disagree with Manzano's action. On CNN.com, Ruben Navarrette voiced his concerns that Manzano was showing disloyalty to the United States even while he's wearing the USA jersey.

Judging by the volume of comments in response to Navarrette's opinion, one would think that Manzano had committed treason. One reader wrote, "He is pathetic. ... Go back to Mexico. You're either American OR NOT!!" OK, calm down. Let's not get too worked up here.

Navarrette was right when he said that "it's all about context." Like him, I personally don't like Mexican-Americans or undocumented Mexicans waving Mexican flags protesting in the United States. But keep in mind, we live in America: a country where one can voice an opinion, however different it might be. We live in a land that has freedom of speech.

But I believe Navarrette missed the larger point. Manzano is not Mexican-American but was born a Mexican and became an American. There is a reason one can have dual citizenship; it means that one can have an allegiance for two countries. There is no conflict of interest. If governments can approve of dual citizenship, why can't individuals embrace it?

They took advantage of one of the biggest immigration policy changes in years. An executive order by President Barack Obama allows those who entered the country illegally as children to remain and work without fear of deportation for at least two years.

A crowd formed at Chicago's Navy Pier Wednesday to get help from immigration lawyers and fill out forms.

"I was able to learn the customs and traditions, and I am used to living the life here," Nayeli Manzano, 16, told CNN affiliate WLS-TV.

She arrived in the United States as a child from Mexico and said she is very much American.

Faces of hope: Lining up for two more years in the U.S.

"I feel I am a citizen," she said. "The only thing that is stopping me is a little piece of paper."

Tuesday, at a Latino community center in New York, Maria, a young Chilean, leaped from her seat.

"I've found the form!" she screamed.

She was with a number of other undocumented immigrants meeting there to get legal advice in anticipation of the release of the form, which authorities surprisingly posted a day before they had said they would.

The form, titled "Consideration of Deferred Action for Childhood Arrivals," was dated August 15, 2012, and bore the expiration date of February 28, 2013.