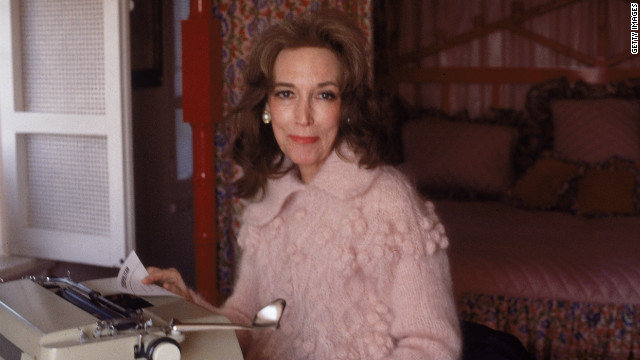 (CNN) - Longtime Cosmopolitan editor Helen Gurley Brown was a self-described "devout feminist" who paradoxically preached that "if you're not a sex object, you're in trouble." Another of her famous quips had it that "good girls go to heaven, bad girls go everywhere."

Since her death Monday at age 90, how the original "Cosmo girl's" contrasting ideas became manifest in the pages of her iconic magazine has stirred debate over whether she left the world a better place for women.

On the one hand, she was an independent, powerful woman in publishing who talked frankly about sex and encouraged women not to see the act as shameful, said Jennifer Pozner, director of Women in Media & News. On the other hand, she created "one of the most body-shaming, insecurity-provoking, long-lasting sexist media products of the last 100 years."

These seemingly conflicted ideologies were also reflected in her own life in which she shed her Depression-era Arkansas roots and built herself into the leader of a global brand celebrating the "fun fearless female." Yet throughout her 32-year reign as Cosmo's editor-in-chief she was faithfully married to the same man and reportedly indulged in few vices except plastic surgery.