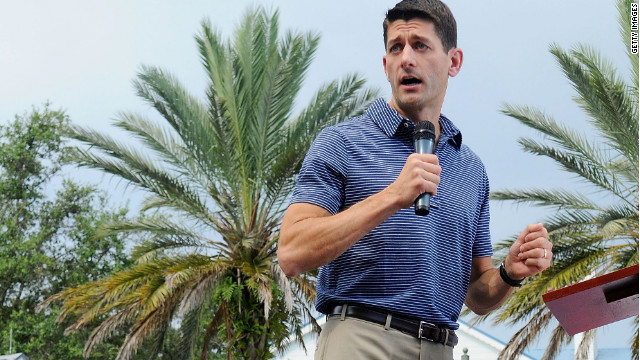 San Diego (CNN) - Immigration groups, Obama surrogates, the media and the Democratic Party have a message for Latino voters, who some say could swing the election because they are heavily represented in four battleground states - Colorado, Nevada, Florida and New Mexico.

Here's the message: Vice presidential hopeful Paul Ryan is anti-Latino, and his immigration views are simplistic, intolerant and punitive.

Really? Someone should tell that to the anti-immigrant group NumbersUSA, which advocates not only an end to illegal immigration (and there is nothing wrong with that) but also a dramatic reduction in legal immigration to pre-1965 levels (there is a lot wrong with that). It is the views of groups such as this - which sadly have a lot of influence on the Republican Party - that can genuinely be called simplistic, intolerant and punitive.

So why does NumbersUSA list Ryan's "career grade" in Congress as a "C"? Ryan's grade puts him in the bottom 10% of all current Republican members of Congress, according to Roy Beck, the group's founder and CEO.

Wow. That's a ringing endorsement, isn't it? If someone like Beck thinks you have a "poor" record on immigration, it means you have both a heart and a brain.