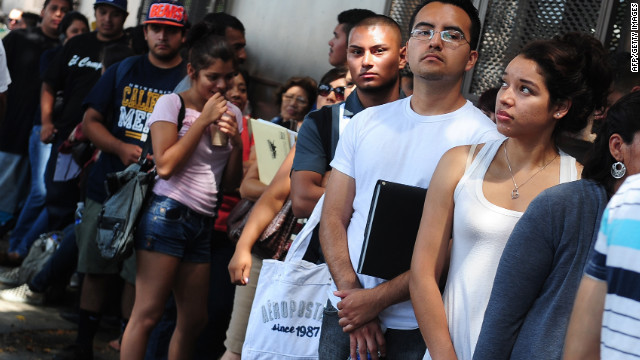 Undocumented immigrants line up to apply for the deferred deportation program this month in Los Angeles.
August 27th, 2012
05:30 PM ET

As much as America is looking forward to 10 more weeks of soothing campaign rhetoric (fingernails on the blackboard of America's psyche), I write to urge you to offer the nation a compelling vision for a common-sense immigration process. Your respective parties' conventions would be a great place to start.

First off, you should know that poll after poll shows a broad spectrum of Americans want a rational immigration process. In fact, a recent Washington Post-Kaiser Family Foundation poll found that immigration was one of only a few public policy issues where, as the Post put it, "rank-and-file Republicans and Democrats are less divided."

A creative approach to immigration may not play to your parties' fringes, but a clear majority of Americans want a pragmatic federal immigration policy.

Yet while the immigration solutions are simple, changing the conversation is not.