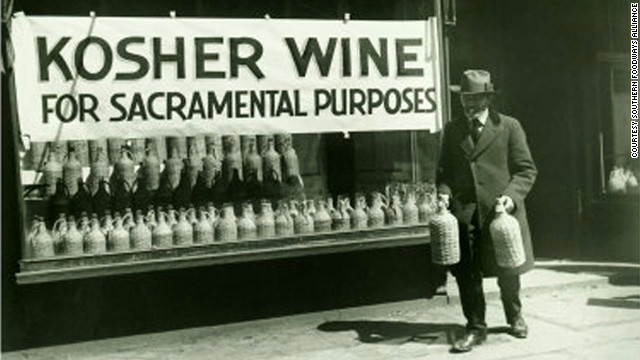 'Praise wine' at the Southern table

Editor's note: This piece – a little-known lesson in African American drinkways – was originally delivered as a presentation at the 2008 Southern Foodways Alliance Symposium on the Liquid South. It was later printed in Cornbread Nation 5.

By John Simpkins, Special to CNN

I've been black since birth. I'm not sure how long I've been a Jew. "You're the only black person I know who can quote Woody Allen movies," said my Jewish friend, Peter, when I asked him to assess my Jewishness. "I only quote from the early good ones," I explained. "And those I love. In fact, love is too weak a word for what I feel. I more than love them. I 'lurve' them."

"Sammy Davis Jr. was your favorite member of the Rat Pack," Peter continued, pressing his case. "You even sent your three-year-old to summer camp at the Jewish Community Center. He recognizes the Israeli flag, can sing the dreidel song, and is constantly asking for challah. If you're not Jewish, Jonah certainly is."

Pete then reminded me how excited I was when he offered to read from the Zohar at my wedding. Then I remembered the frequent calls from my mother during my travels. "I'm just calling to see how you're doing. Ohm don't worry about me. I'm fine. I just thought I'd call since I hadn't heard from you in awhile. No, things are fine here. Don't worry about me."

I know why I'm black, but it was harder to figure out why I'm a Jew. As with so many voyages of personal discovery, the search for my Inner Jew begins with food and drink. For me, any discussion of food has to include Sundays with my grandmother. Mama Sena's house in Lexington, South Carolina, was the Sunday dinner gathering place for the eighteen of us first cousins, who spanned a twenty-three year age range and felt more like siblings than cousins. Because she was a church lady, there was little work actually done in Mama Sena's house on the Sabbath. She even refused to allow anyone to wash clothes on Sunday for fear that "someone could be washed out of the family." It is primarily for this reason that I spent most of my childhood fearing washing machines as agents of death.

The fruits of the labors of the rest of the week, however, were in abundance.