(CNN) - Amid solemn commemorations on Tuesday's 11th anniversary of the 9/11 terrorist attacks, President Barack Obama and other leaders emphasized how America has emerged stronger from the devastation that killed more than 2,900 people and forever changed the nation and the world.

"This anniversary allows us to renew our faith that even the darkest night gives way to the dawn," Obama said at the Pentagon, where 184 people died when one of four hijacked planes slammed into the iconic building symbolizing U.S. military might.

"As painful as this day is and always will be, it leaves us with a lesson that no single event can ever destroy who we are, no act of terrorism can ever change what we stand for," Obama said, adding: "When the history books are written, the true legacy of 9/11 will not be one of fear or hate or division. It will be a safer world, a stronger nation, and a people more united than ever before."

Earlier, Obama and first lady Michelle Obama stood with heads bowed and hands clasped on the White House lawn to observe a moment of silence at the exact time the first hijacked plane hit New York's World Trade Center in 2001.

White House staff stood in quiet observance on the grass behind them as a lone bugler played "Taps." 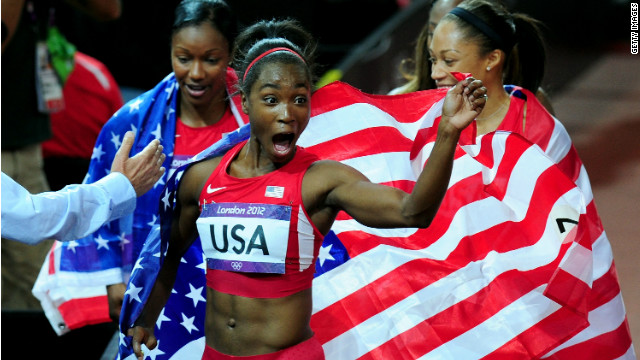 The wealthy are 288 times richer than you

NEW YORK (CNNMoney) - The wealth gap between the richest Americans and the typical family more than doubled over the past 50 years.

In 1962, the top 1% had 125 times the net worth of the median household. That shot up to 288 times by 2010, according to a new report by the left-leaning Economic Policy Institute.

That trend is happening for two reasons: Not only are the rich getting richer, but the middle class is also getting poorer.

Most Americans below the upper echelon have suffered a decline in wealth in recent decades. The median household saw its net worth drop to $57,000 in 2010, down from $73,000 in 1983. It would have been $119,000 had wealth grown equally across households.

The top 1%, on the other hand, saw their average wealth grow to $16.4 million, up from $9.6 million in 1983. This is due in large part to the growing income inequality divide, as well as the sharp rise in value of stocks over the period.

Net worth counts all assets including real estate holdings, minus debts.

Read the full story at CNNMoney

Editor's Note: Sumbul Ali-Karamali is the author of The Muslim Next Door: the Qur’an, the Media, and that Veil Thing, and Growing up Muslim: Understanding the Beliefs and Practices of Islam. She is on the steering committee of Women in Islamic Spirituality and Equality and is a member of the Muslim Women’s Global Shura Council, both of which aim to promote women’s rights and human rights from an Islamic perspective.

By Sumbul Ali-Karamali, Special to CNN

(CNN) - My father always told me never to talk about religion, politics, or other people’s children. He was part of a generation of American Muslims who wanted to stay quiet and assimilate into American life and not rock the boat. Growing up in Southern California, I tried to follow his advice.

But after 9/11, I found that I, along with other American Muslims,  have had little choice but to talk about religion.

Although countless Muslims have condemned the acts of 9/11 in the United States and worldwide, American Muslims became objects of suspicion.

The 9/11 terrorists broke numerous laws of Islam and were denounced as mass murderers by Islamic religious leaders.  Even so, Islam is viewed as a religion preaching violence.

In the aftermath, amidst the fear and anger, many American Muslims realized that the reason Americans were so quick to believe the worst about Muslims after the horrific attacks of 9/11 was that Americans knew little about even the most basic tenets of Islam.

And we realized that if we didn’t explain our beliefs and traditions, then other people would write our stories for us.

Despite our efforts, that’s exactly what has happened.

Although 9/11 did compel some Americans to learn more about Islam, it also triggered a wave of anti-Islam feeling that has burgeoned.  And though there have been interfaith initiatives, books on Islam, documentaries, education efforts, and shows like "All-American Muslim," polls show that Americans’ negative views of Islam have increased since 9/11, not decreased.

Such trends cannot help but discourage even the most optimistic of American Muslims; many of us are more fearful now than a decade ago, and entire Muslim communities feel besieged.
END_OF_DOCUMENT_TOKEN_TO_BE_REPLACED

"We are filing this based on principle," Alabama Gov. Robert Bentley, a Republican, said in a statement announcing the move. "As the governor of Alabama, I have a duty to uphold and defend Alabama law. Federal courts should not restrain state governments in a way that is contrary to the U.S. Constitution."

The Obama administration took Alabama to court over the law, arguing that the legislation and a similar act in Georgia law encroached on federal authority.

The judges blocked parts of the Alabama law in August, including language that makes it a crime for undocumented immigrants to work or solicit work; imposed criminal penalties to hide "an alien" or rent property to anyone in the United States illegally; and required state officials to check the immigration status of children in public schools.

The judges let stand one of the most controversial portions of the law, allowing local and state police check a person's immigration status while enforcing other laws. The ruling followed a U.S. Supreme Court ruling that upheld a similar law in Arizona despite a federal challenge.