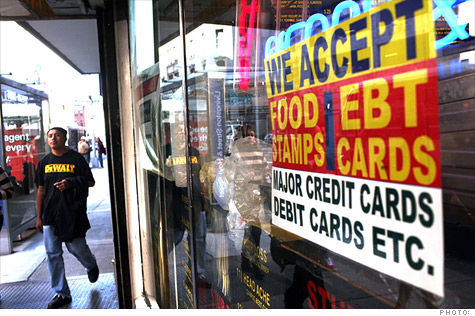 Government assistance has helped keep people out of poverty.
September 13th, 2012
11:31 AM ET

More than 20 million saved from poverty

The Census Bureau doesn't take into account non-cash benefits, such as food stamps and the Earned Income Tax Credit, when it measures income. But it calculates how these programs would have helped keep poverty in check.

Food stamps would have lifted 3.9 million people - 1.7 million of them children - out of poverty had that aid been counted as income. And the Earned Income Tax Credit, a refundable federal credit for low- to moderate-income working Americans, would have kept 5.7 million people, including 3.1 million children, above the poverty line.