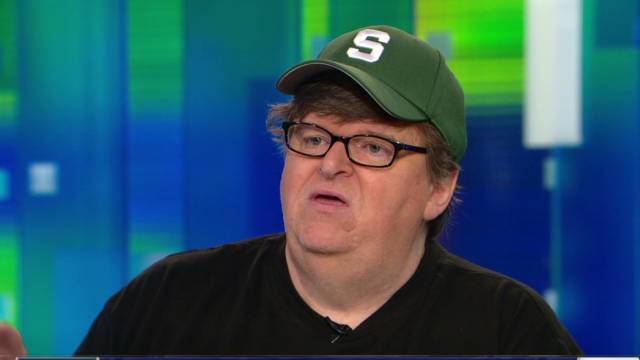 (CNN) - On Tuesday, just a day after GOP presidential candidate Mitt Romney’s controversial “joke” about "it would be helpful to be Latino" was posted in a secretly recorded video obtained by Mother Jones, liberal filmmaker Michael Moore was motivated to start the Twitter hashtag #IfOnlyIWereMexican.

The tweet was made in reference to Romney's comments to donors that "it would be helpful to be Latino,” in order to win the presidency.

Except most people on Twitter did not understand Moore's reference, or that the comment poked fun at Romney.

Without background or context, some were offended by the hashtag #ifonlyiweremexican, and are waiting for a response from the "Fahrenheit 9/11" director.

Moore and Romney share one trait: Latinos did not find either of their jokes entertaining, especially Julio Varela, founder and publisher of LatinoRebels.com, a humor and commentary site.

“The replies on Twitter were so incredibly ignorant and racist. It was just a dumb move by Michael Moore. He should at least go on Twitter and say he made a mistake,” Varela said. “The tweet itself wasn’t offensive in itself but it’s what came after it.”

A post on LatinoRebels.com stated, “When you start tweeting things that associate being Mexican to mowing lawns, working as day laborers, eating cheap rice and frijoles, and (the worst one we saw by far) being in fear of the Zetas, you just add to the ignorance.”

“This is just another example of how out of touch Romney’s been with the Latino community. Other political parties that have tried to pander,” said Varela, “unfortunately, this isn’t just a Romney thing; this is about how Latinos are being portrayed in social media.”

CNN reached out to Michael Moore and his publicist  but did not hear back before deadline.