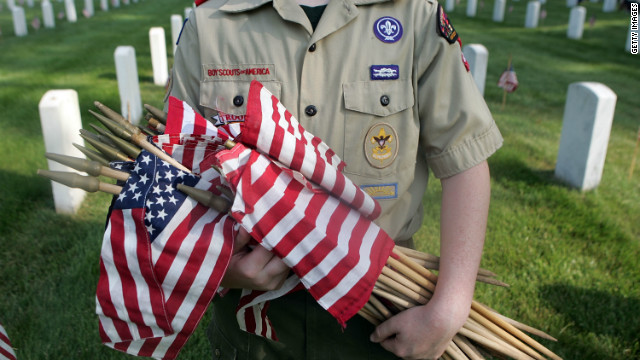 By Herndon Graddick, Special to CNN

Editor's note: Herndon Graddick is the president of Gay and Lesbian Alliance Against Defamation.

(CNN) - This week, Jennifer Tyrrell and her family went to the headquarters of the Boy Scouts of America in Irving, Texas, to deliver a petition of 300,000 signatures asking the organization to end its ban on gay Scouts and gay Scout leaders.

The BSA's policy of "not granting membership to open or avowed homosexuals" is a travesty.

It led to the dismissal of Jennifer, who was the den leader of her own 7-year-old son's troop in Bridgeport, Ohio. By reaffirming its anti-gay policy this week, the BSA is telling the entire nation that maintaining its legacy of discrimination is more important to them than strengthening the bond between a mother and her son.

The BSA clearly has its priorities backwards. In spite of calls for change from its own board members, from high-profile Eagle Scouts and from Americans of all stripes, it refuses to budge. Other organizations, such as the Girl Scouts, 4-H clubs, the Boys & Girls Clubs of America and even the U.S. Armed Forces, have put an end to such discrimination.

It might not be easy for an organization to admit it is wrong. Especially since the BSA has had this policy for decades; it has even gone all the way to the Supreme Court to try to preserve it.