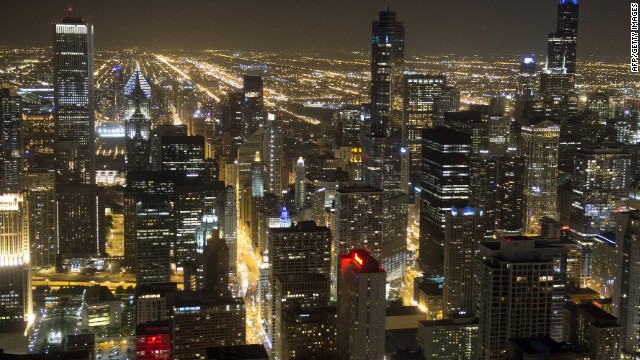 (CNN) - Singer Petula Clark once raved about downtown as the place that took away loneliness and worries and made everyone happy.

"The lights are much brighter there

Downtown, things'll be great when you're

Downtown, no finer place for sure,

Downtown, everything's waiting for you"

Clark sang that ditty decades ago after which some American downtowns fell into gloom and doom. But Thursday, new census data showed that downtowns were officially back as happening places.

In many American cities, people are moving back into downtowns, defined by the U.S. Census Bureau as within a two-mile radius of City Hall. Data from the 2010 census (PDF) said that 16 million people, or about 6% of America's 258 million metro-area population, were living in downtowns.

Demographers cite gentrification and people's a desire to live closer to their jobs as two main reasons for moving downtown.

The largest declines over the decade were in New Orleans, which lost 35,000 people; Baltimore; and the Ohio cities of Dayton and Toledo, which lost more than 10,000.

The largest metro areas that reported the double-digit downtown spikes experienced similar growth in areas that were 30 miles out or beyond.

Here are some other interesting facts from Thursday's census data about how we live: