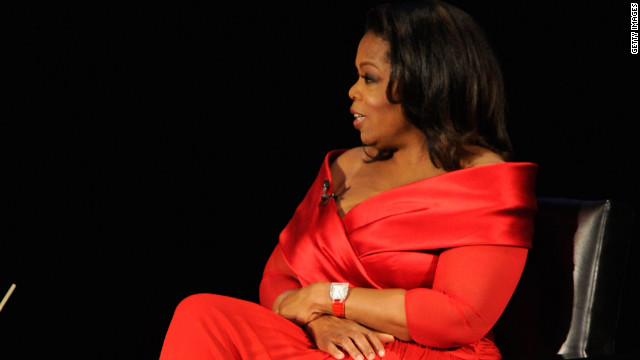 Winfrey's powerful, but 49 are ahead of her

Television empress Oprah Winfrey is America's only African-American billionaire, according to Forbes magazine. She's worth $2.7 billion.

Despite her persona and global influence, Winfrey came in last in Fortune magazine's latest poll on the 50 most powerful women in business.

So who's the woman who topped the list? Hint: She found herself embroiled in a recent gender controversy involving a green jacket.

Check out the list of Fortune's 50 most powerful women