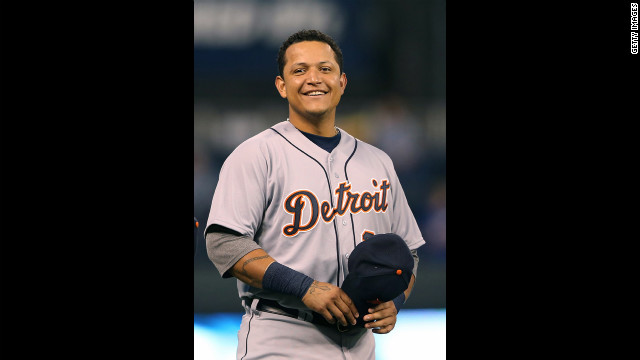 "(If) I had had my mother's name, there is no doubt I would have run into problems in those days, the prejudices people had in southern California," Williams wrote.

“We’re proud that Cabrera is continuing the tradition. It’s a positive thing. But Latinos should have not needed to wait this long to see a Triple Crown winner when they had one for so long already. It’s unfortunate that it had not been celebrated before. Ted was actually very proud of his heritage.”

David McCarthy, Williams’ close friend of 16 years and now the executive director of the Ted Williams Museum and Hitters Hall of Fame, wrote in an e-mail, “I can tell you he was very proud of his mother’s heritage and told me personally that if his name was not Williams, he would have had a tougher time getting into the big leagues back in 1939.”

McCarthy said he knows that Williams would have been very proud of Cabrera and believes that Williams' experience molded him to be a champion not only for the Latino players but for the Negro league players back in the early days.

In fact, the Ted Williams Museum and Hitters Hall of Fame says it plans to honor Cabrera with a Triple Crown display case inside the main entrance when it reopens at the start of the 2013 season.

Not to take the spotlight away from Cabrera (congratulations, Miguel!), but Williams’ heritage and contribution to baseball history should not be overlooked.