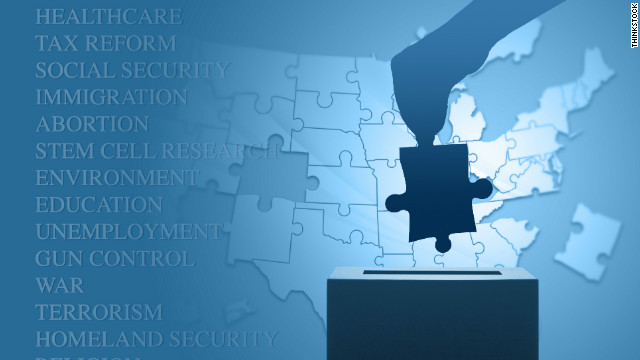 Opinion: A plea to millennials: Get out the vote

Editor's note: To many Baby Boomers and Gen Xers, the millennial generation is a mystery. These 18- to 29-year-olds are history's very first "always connected" generation, defined by all their phones and gadgets, and they've been accused of being overly entitled. The series "Millennials: A Generation Revealed" takes an eye-opening look at this group of Americans coming into their own, what they want out of life, and how they plan to get it.

(CNN) - We grew up in project buildings. We grew up at the end of cul-de-sacs. We grew up five miles from the nearest house. We grew up in America. We come from backgrounds of luxury and struggle. We finished school with honors, and we dropped out. We voted for the first time, and we only just registered. We didn't understand red states or blue states. We understood that these are the United States.

And as a generation, we millennials must be united in the fact that the collective power we possess will allow us to do great things for this country that we call our home. We must show this power en masse on Election Day, one vote by one vote.

Millennials to candidates: Talk to us

We are bombarded with television analysis, newspaper opinions, blogs, tweets, Facebook posts, radio commentators and street corner preachers that all offer some perspective about who will decide the election between President Barack Obama and former Massachusetts Gov. Mitt Romney. Over the course of months, this commentary puts the power in the hands of various constituencies. Seniors in Florida. Independent women in New Hampshire. The unemployed in Ohio. Every day, some new group gets handed the magic wand that will choose the winner of this year's battle.

Opinion: Why this election is so personal

But, let me be straight. The battle begins with millennials, those much-maligned 18-to 29-year olds for whom so much is at stake. For this is our future.