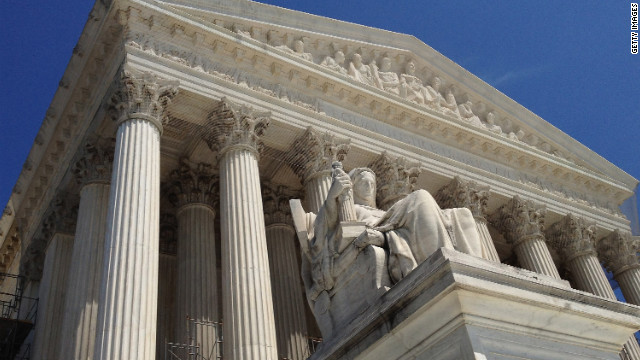 Justices to re-examine use of race in college admissions

"Ye shall know the Truth and the Truth shall make you free" - from the Bible (John 8:32), inscribed on the facade of the the University of Texas at Austin Main Building ..."Equal Justice Under Law" - inscription above the U.S. Supreme Court Building

(CNN) - Heman Marion Sweatt and Abigail Noel Fisher both wanted to attend the University of Texas at Austin.
Both claimed their race was a primary reason for their rejection. Both filed civil rights lawsuits, and the Supreme Court ultimately agreed to hear their separate appeals - filed more than half a century apart.

Their cases share much in common - vexing questions of competition, fairness, and demographics - and what role government should play when promoting political and social diversity.

But it is the key difference between these plaintiffs - separated by three generations and a troubled road to "equality" - that now confronts the nation's highest court: Sweatt was black, Fisher is white.

Sweatt's 1950 case produced a landmark court ruling that set the stage for the eventual end of racial segregation in public facilities.

Fisher's case will be heard by the justices Wednesday. The question here could come down to whether a majority on the bench believes affirmative action has run its course - no longer necessary in a country that has come far to confront its racially divisive past, a country that has a president who is African-American.

"There's a good chance that affirmative action, at least in the case of education, is on the chopping block," said Thomas Goldstein, a Washington appellate attorney and SCOTUSblog.com editor.