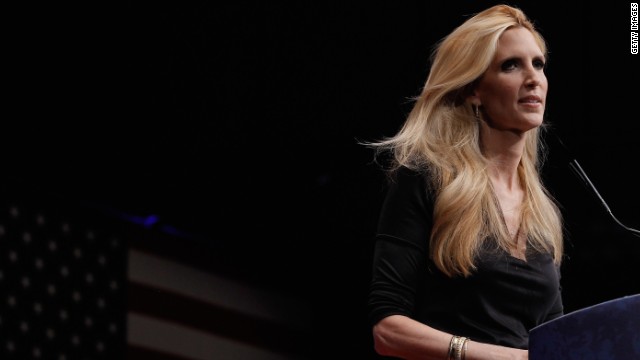 Last month Ann Coulter said in a tweet last month that she didn't realize "how crucial the retarded vote is in this election."
October 23rd, 2012
05:07 PM ET

Ann Coulter's backward use of the 'r-word'

(CNN) - Parents of children with special needs are demanding an apology from conservative political pundit Ann Coulter for tweeting after Tuesday's foreign policy debate that she approved of "Romney's decision to be kind and gentle to the retard," in an apparent response to critiques of Mitt Romney's performance.

"At this point, I'm thinking the woman must surely be aware that the word is offensive, and she chooses not to care. That's pretty vile and heartless," said Seidman, the mother of a special needs child who shares her world on the blog "Love that Max."

"You want to slam the president, go ahead. But you can't think of any other word to use? Come on."

Ending the r-word: Ban it or understand it?

The word "retard" demeans Max and millions more with intellectual disabilities, Seidman tweeted at Coulter. Still, the comment was favorited 1,215 times and earned 2,993 retweets as of this writing, presumably by a number of people who didn't find it offensive.