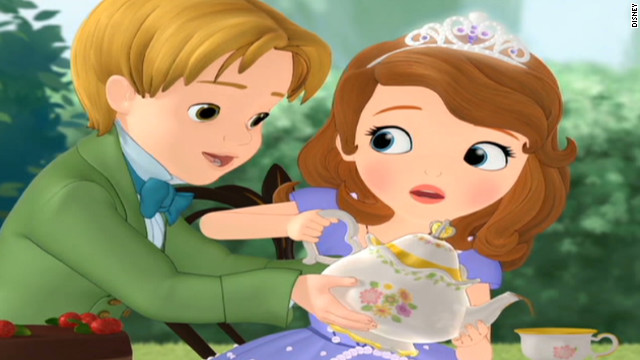 Disney recently clarified that "Sofia the First" is a "fairytale girl who lives in a fairytale world."
October 25th, 2012
02:43 PM ET

(CNN) - After unveiling its "first Latina" princess last week, Disney now says Jamie Mitchell, the producer of the TV show "Sofia the First," "misspoke" during a press tour and that the title character is not a Latina.

The word comes after questions arose about what made "Sofia the First" culturally relevant and why the media wasn't informed when the show was first announced in 2011.

"She shared that Sofia the First is in fact not a Latina character and that the producer of the television program misspoke," NHMC president and CEO Alex Nogales said in a statement. "We accept the clarification and celebrate the good news that Disney Junior has an exciting project in early development that does have a Latina as the heroine of the show."