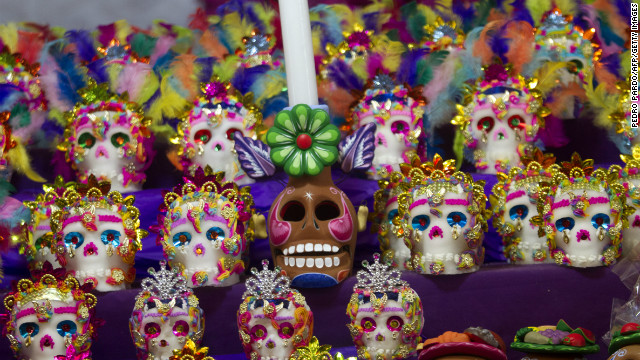 Calaveritas -- sugar skulls -- would be a typical part of New York and New Jersey Day of the Dead celebrations.
November 1st, 2012
04:17 PM ET

Sandy puts Day of the Dead celebrations on hold

Just as many places in the Northeast put Halloween trick-or-treating on hold, the same is happening for Day of the Dead, or Dia de los Muertos. The traditionally Mexican holiday is typically celebrated the first two days in November to honor family and friends who have passed away.

Although celebrations are happening in other places with large Latino populations - Chicago, Miami, and many cities in California and Texas - it's a blow to New York and New Jersey. About 18% of the populations of New York and New Jersey are Hispanic, according to the Pew Hispanic Center's 2010 state demographic profiles. In both states, 14% of Hispanics are of Mexican origin, the profiles reported.

“There is no power in the Lower East Side and we cannot have any activities until power is restored due to safety reasons,” New York nonprofit Mano a Mano’s Facebook page and Twitter updates said in English and Spanish.

END_OF_DOCUMENT_TOKEN_TO_BE_REPLACED 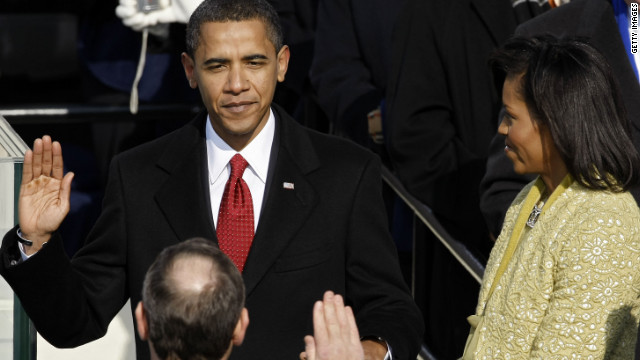 Some historians say Barack Obama's presidency has sparked a return of racism with echoes of post-Civil War Reconstruction.
November 1st, 2012
09:19 AM ET

Parallels to country's racist past haunt age of Obama

This is the second in an occasional series on issues of race, identity and politics ahead of Election Day, including a look at the optics of politics, a white Southern Democrat fighting for survival and a civil rights icon registering voters.

(CNN) - A tall, caramel-complexioned man marched across the steps of the U.S. Capitol to be sworn into office as a jubilant crowd watched history being made.

The man was an African-American of mixed-race heritage, an eloquent speaker whose election was hailed as a reminder of how far America had come.

But the man who placed his hand on the Bible that winter day in Washington wasn't Barack Obama. He was Hiram Rhodes Revels, the first African-American elected to the U.S. Senate.

His election and that of many other African-Americans to public office triggered a white backlash that helped destroy Reconstruction, America’s first attempt to build an interracial democracy in the wake of the Civil War. END_OF_DOCUMENT_TOKEN_TO_BE_REPLACED