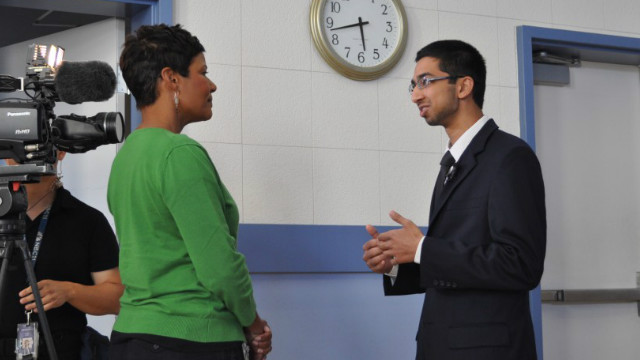 What it takes to be a teen politician

(CNN) – Most 18-year-olds are excited for election Tuesday because it will be their first chance to vote. Aziz Akbari is excited for a different reason: his name is on a ballot.

Akbari is a sophomore at the University of Southern California studying mechanical engineering, and this year he’s thrown his hat in the ring for mayor of his hometown of Fremont, California.

[:59] “I’ve been going to city council meetings since I was 8 years old,” Akbari says. “And I’ve been involved in local politics ever since then.”

Akbari campaigns from his dorm room all week with the help of his campaign staff, and flies home every weekend to go door-to-door, press the flesh, and push his four-point plan to boost Fremont’s economy.

But if Akbari is elected, he certainly won’t be the first teen to take charge of a city or a district.