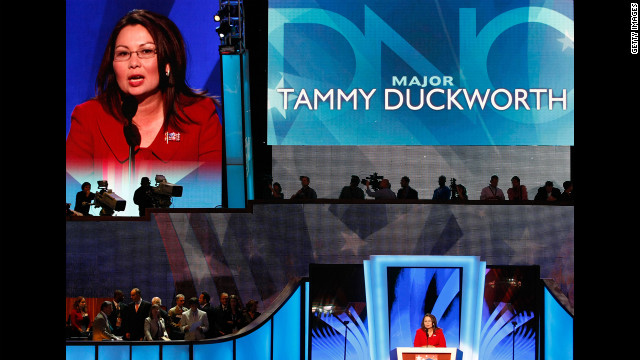 Thirty Asian-American candidates ran for national office, the largest number ever, up from 10 in 2010 and eight in 2008. Five new Asian-American and Pacific Islanders were elected, with one race still too close to call.

“The election of 2012 is historical in the sense of the number of AAPI candidates and the impact of AAPI voters in swing states," Floyd Mori, incoming interim president and CEO of the Asian Pacific American Institute for Congressional Studies, said in a statement.

Democratic Assemblywoman Grace Meng won New York’s open seat in the 6th Congressional District to be elected to Congress. Her district, containing a large Asian-American population as well as a large Caucasian one, made this election about evolving demographics.

About 1.6 million Asian-Americans live in New York, but they have been traditionally under-represented in local politics and on the national political stage.

Meng joins Tammy Duckworth of Illinois as the first Asian-American members of Congress from their states.

Mazie Hirono also ushered in a wave of firsts, becoming the first foreign-born woman of Asian descent to be sworn into national office, the first Japanese immigrant to be elected to the U.S. Senate and the first female senator to represent Hawaii.

California Rep.-elect Mark Takano and Hawaii's Tulsi Gabbard round out the freshman class.

Ami Bera's race in California is still too close to call.

The increased political representation matches the growth of Asian-Americans, now the largest group of immigrants in the U.S..

“This level of increased political participation by the AAPI community means we will have more opportunities to impact policies that affect AAPIs and bring respect and long-sought-after recognition of our communities,” said Mee Moua, president and executive director of the Asian American Justice Center, a member of the Asian American Center for Advancing Justice.

Asian-American groups say their community's rising prominence is being ignored by both political parties. The Asian American Election Eve Poll found that although only 41% identify as Democrats, Asian-American voters broke for Barack Obama by a large margin, with 72% voting for the president and 26% for Mitt Romney.

For Gloria Chan, president and CEO of the Asian Pacific American Institute for Congressional Studies, November 6 is even more personal.

"I feel tremendous personal pride to see faces like mine elected to Congress, who deeply understand the experiences of me, my family and millions of others, " she said. "I am also very proud that our nation's Congress is maturing through its diversity. AAPIs are a force to be reckoned with, and our voices will no longer go unheard nor dismissed."

Votes are still being counted for the individual races, but Asian-Americans and Pacific Islanders are already counting 2012 as a victory - as the year of political recognition.