Macon, Georgia (CNN) - A smiling likeness of legendary soul singer Otis Redding greets visitors to the city clerk's office in this central Georgia city. Down the hall, inside the mayor's office, is a portrait of another Macon legend: Rodney M. Davis.

Both men were African-Americans of about the same age. Both men died in 1967. Both men are city heroes.

Redding and his music are famous worldwide. The story of Davis, who gave his life in Vietnam and became Macon's only recipient of the Medal of Honor, is not so well known, despite two monuments in the city and a U.S. Navy frigate bearing his name.

Vietnam, after all, was a few wars ago. Acrimony over the United States' presence there has faded with time, along with much of the bitterness once felt by now-graying warriors.

But the loyalty among veterans hasn't faded. Marines never forget their own.

Saturday morning, joined by Davis' family, a couple dozen Marines gathered near the grave of the comrade they barely knew, but will never forget.

Atop a bluff overlooking Interstate 75 in Macon, they placed a wreath and dedicated a 14-foot monument to Sgt. Davis, helping to restore the dignity that nature and neglect robbed from the cemetery that holds his remains.

They pledged protection to the man who, even in childhood, was a protector.

Editor’s note: CNN's Azadeh Ansari wrote this article as part of the MetLife Foundation Journalists in Aging Fellowship, a project of New America Media and the Gerontological Society of America.

West Bloomfield, Michigan (CNN) – At 3 a.m., the ring of the phone jolts Sabri Shuker out of bed.

It’s not a typical wake-up call for most, but he’s come to expect them. His gut tells him the news he’s about to receive will keep him up for days. Shuker’s heart beats faster. Short of breath, he answers anxiously.

The voice on the other end is familiar, calling from overseas, but the message is disheartening: Yet another member of his family is “missing.” This time, it’s his cousin.

Back in Iraq, he slept through artillery and bombs. But since he came to the United States in 2002, a ring of the phone can feel like an explosion.

Whenever a call comes late at night, Shuker's mind races back to the people he knew back home and the people who disappeared or died. Many were professors or doctors, educated people who made good homes for their families.

He paces his house in suburban Detroit, runs his hands through his thinning white hair, overwhelmed by memories and emotion, the helpless feeling that comes from being far away.

During the past couple decades, Iraqis escaped conflicts in their homeland and settled in America to start over. They joined a burgeoning Arab community that has grown to 500,000 strong in the Detroit area, according to ACCESS, the most prominent help center for Arabs in Dearborn, Michigan.

As many as 3.5 million people of Arab descent live in the United States, according to the Arab American Institute, a nonprofit organization that encourages Arab-American participation in political and civic life. Some have lived in the United States for generations, some arrived as refugees, and some, like the Shuker family, emigrated here.

Older Iraqis like Shuker, 76, come to this country with a life’s worth of memories. The number of older refugees living in the United States is uncertain, but their struggles are clear. Often, they find themselves living in two worlds, community activists say.

For them, the transition and culture shock are difficult to bear. Shuker represents thousands of well-educated Iraqi immigrants who not only left their belongings behind but lost their identities in the process. END_OF_DOCUMENT_TOKEN_TO_BE_REPLACED

Schumer told NBC's "Meet the Press" Sunday that he and Graham have a plan designed to appeal to stakeholders on all sides of the highly contentious issue and he's optimistic that it can get through a gridlocked Congress.

"[Sen.] Graham and I are talking to our colleagues about this right now. I think we have a darn good chance using this blueprint to get something done this year," Schumer said.

The plan includes four key elements: stronger border security, creation of non-forgeable proof-of-citizenship documents, fairer legal immigration for desirable candidates, and a tough-love path to citizenship for those already in the U.S. 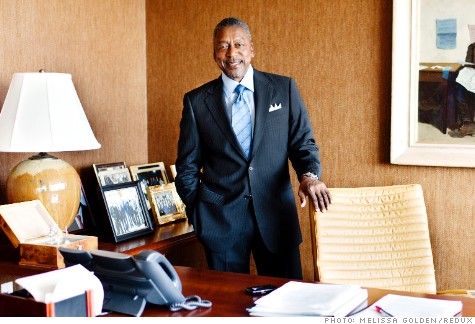