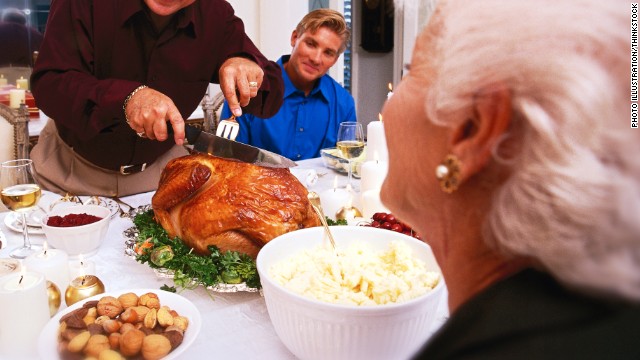 A family member with dementia will have a better Thanksgiving experience in a small-group setting, says expert Laura Wayman.
November 22nd, 2012
12:00 PM ET

(CNN) - Judy Warzenski didn't realize how bad her father, Donald's, memory had gotten until he turned to her sister Joyce and asked, "Where's the girl who was sitting next to you?" He did not recognize Joyce as his own daughter.

This Thanksgiving, Warzenski and her younger siblings will eat Thanksgiving dinner with their father in a private dining room at a nursing home in Pennsylvania. Moving her father there in October was an agonizing decision.

Warzenski, who had commented on a previous CNN dementia story, is one of many baby boomers who must watch their loved ones suffer from Alzheimer's, the most common form of dementia. The condition, which robs people of their memory and thinking skills, necessitates tough decisions about caring for people as their minds slowly slip away.