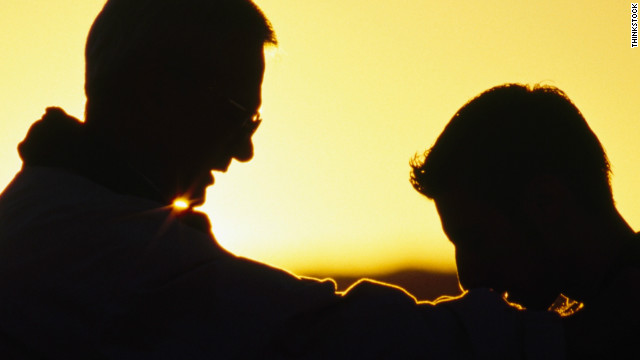 Paul Begala says one family's struggle to help their son accept his sexuality is a story of love, support that resonates at Thanksgiving.
November 23rd, 2012
08:10 AM ET

Opinion: A gay son and his dad give thanks

Editor's note: Paul Begala, a Democratic strategist and CNN political contributor, was a political consultant for Bill Clinton's presidential campaign in 1992 and was counselor to Clinton in the White House.

(CNN) - Every parent loves his or her child; it's the prime directive of the species. Twenty years ago, when my wife was pregnant with our first baby, Hillary Clinton told me that having a child is like taking your heart out of your body and letting it walk around.

For some parents, however, their beloved child takes their heart on a long, wild ride that careers from joyous and generous to dark and dangerous. So it was with John Schwartz and Jeanne Mixon. Joseph, their third child, was a precocious reader, a super-sensitive old soul, fiercely defiant when he believed the teacher was too autocratic, hyper-quick on the trigger. Or, as his father put it, a squirrelly kid.

He's also gay. Fabulously gay. From early childhood he preferred feather boas to football; pink shoes to playing soccer. No problem; his parents are enlightened, intelligent, educated, urbane and progressive. Their community in suburban New Jersey was welcoming and inclusive. Their rabbi is gay.

And yet shortly after he came out of the closet at age 13, Joe attempted suicide.