The rise of the "black nerd"

(CNN) - The image of the black nerd has changed.

Steve Urkel, the nerdy character on the popular sitcom "Family Matters", is not the only "blerd", or  black nerd,  in popular culture these days. 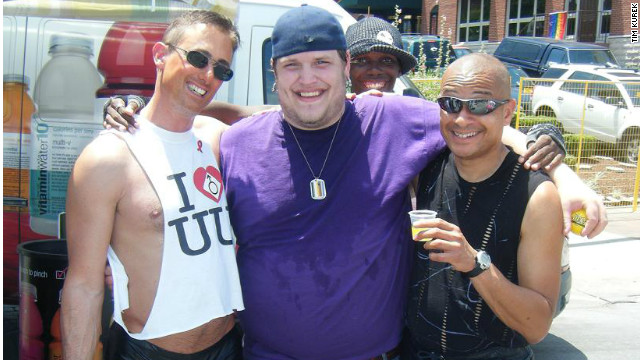 Washington (CNN) – Timothy Kurek’s motivation to spend a year pretending to be gay can be boiled down to a simple conviction: it takes drastic change to alter deeply held religious beliefs.

The experiment began after a lesbian friend opened up to Kurek about being excommunicated by her family. All Kurek, an avowed evangelical Christian, could think about, he says, “was trying to convert her.”

He was quickly disgusted by his own feelings, more pious than humane.

In fact, Kurek was so disgusted by his response to his friend that he decided to do something drastic. Living in Nashville, Tennessee, he would pretend to be gay for a year. The experiment began on the first day of 2009; Kurek came out to his family, got a job as a barista at a gay café and enlisted the help of a friend to act as his boyfriend in public.

The experience – which stopped short of Kurek getting physically intimate with other men – is documented in Kurek’s recent book “The Cross in the Closet,” which has received international attention, landed him on ABC’s "The View" and elicited some biting criticism.

The book is the latest entry on a growing list of experiential tomes revolving around religion. They include Rachel Held Evans’ recent “A Year of Biblical Womanhood,” in which the author follows the Bible’s instructions on women’s behavior and Ed Dobson’s “The Year of Living Like Jesus,” which had the author “eat as Jesus ate. Pray as Jesus prayed. Observe the Sabbath as Jesus observed.”

For Kurek, his year as a gay man radically changed his view of faith and religion, while also teaching him “what it meant to be a second class citizen in this country.”

Editor's note: Kevin Powell is an activist, public speaker and author or editor of 11 books, including "Barack Obama, Ronald Reagan, and the Ghost of Dr. King: Blogs and Essays." E-mail him at kevin@kevinpowell.net, or follow him on twitter @kevin_powell

By Kevin Powell, Special to CNN

(CNN) - My cousin Aaron abruptly typed me the news while we were texting back and forth about other matters: a Kansas City Chiefs football player killed his girlfriend, then went to the team's practice facility and committed suicide in front of his head coach and general manager. Left behind was the couple's 3-month-old daughter, who was in another room when her mother was shot multiple times. Like so many Americans, we were stunned.

We would learn later that player was Jovan Belcher, 25-year-old starting linebacker for the Chiefs, a man and an athlete spoken of in the highest regard by everyone from his high school teammates and coaches to his fellow professional football players. They, too, were stunned.

Indeed, what would lead a man who, by all accounts, loved family, friends and football and had overcome great odds to make the National Football League as an undrafted pick out of the University of Maine to take such shocking actions? A man raised by a single mother, he had achieved so much in such a short period that he had widely been considered a great role model for what could be done through hard work, grit and determination.