Access to elite education, but feelings of exclusion for some students of color

Editor's Note: In today’s United States, is being black determined by the color of your skin ... by your family ... by what society says ... or something else? Soledad O’Brien reports “Who Is Black in America?” on CNN at 8 p.m. ET/PT this Sunday, December 9.

(CNN) -  High school is tough for any teenager, but for Albert Anderson, it was the subtle looks and unspoken words that made him realize he was different.

“High school is when people start with the judging,” he said.

Anderson grew up in the projects of New York City’s lower East Side, and commuted an hour each way to attend a  prep school in the affluent upper west side of Manhattan. No one said anything offensive, but he missed out on experiences, and was never felt fully accepted.

“It’s possibly the best high school education you can get,” he said. “I’m grateful I could attend, but the social part goes with that.”

He spoke about his experiences in “Allowed to Attend,” a revealing documentary that tells the stories of  five of Trinity's students of color who navigated the socioeconomic and racial planes at the elite private school.

It’s a conversation being had at several prestigious prep schools, some for the first time. But Trinity took the rare step to address the sometimes loaded topic of inclusion by turning the spotlight on itself. END_OF_DOCUMENT_TOKEN_TO_BE_REPLACED

Editor's note:: Frida Ghitis is a world affairs columnist for The Miami Herald and World Politics Review. A former CNN producer and correspondent, she is the author of "The End of Revolution: A Changing World in the Age of Live Television." Follow her on Twitter: @FridaGColumns.

By Frida Ghitis, Special to CNN

(CNN) - Americans love a hero. Everybody does. So who could resist the touching story of the New York policeman who, seeing a homeless man sitting barefoot in the cold, walked into a shoe store and bought him a new pair of all-weather boots?

The picture of clean-cut Officer Larry DePrimo kneeling before bearded, straggly Jeffrey Hillman became an Internet sensation. More than 1.6 million people saw it in the first 24 hours after the New York Police Department posted the image, which was snapped by a tourist.

Chapter 1 of this story moved millions to shed a tear, and one hopes it inspired countless acts of kindness.

Now, we have Chapter 2. And it should move us even more.

Hillman, who became much less famous than his benefactor, is barefoot once again.

Indeed, while DePrimo deservedly received accolades and media attention, we heard almost nothing about the homeless man; there was never any reason to believe his fortunes had improved. After providing protection for his blistered feet, society simply moved on, happy to pat itself on the back for a job well done - and just in time for Christmas. 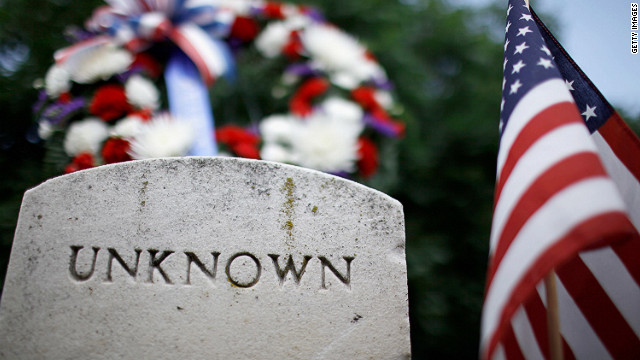 The author argues that women already fight in combat and should be recognized for their service.
December 4th, 2012
09:00 AM ET

By Adam Cohen, Special to Time.com

(TIME) - When Major Mary Jennings Hegar was serving as a captain in Afghanistan her aircraft was shot down by enemy fire while she and her crew were evacuating injured soldiers. Though injured by a bullet that penetrated the helicopter, she completed the rescue mission while under fire on the ground — and received the Purple Heart and the Distinguished Flying Cross for “outstanding heroism and selfless devotion to duty.”

One thing Hegar, who has served three tours in Afghanistan, did not do: get credit for serving in combat. It is illegal for women to be in official combat positions — and to get the benefits that come with them. Hegar and three other service women filed a lawsuit in federal court in San Francisco last week in a long overdue challenge to the Pentagon’s nonsensical and unconstitutional ban.

Women have always served in the military (and have lost their lives,) but Congress and the Pentagon have put an array of restrictions on them. In 1988, the military adopted the “risk rule,” which allowed women to be kept out of even non-combat positions if they were likely be put at risk of being fired on or captured. In 1994, it dropped the risk rule, but Defense Secretary Les Aspin adopted the current ban on women in official ground combat positions, after a poll had showed weak public support for allowing women to volunteer for combat.

Many military women — who are 14% of the 1.4 million active military — object to the policy because it blocks them from applying for some 238,000 jobs and excludes them from certain promotions. This is particularly unfair because the ban doesn’t actually protect women in service. Fully 85% of women who have served since Sept. 11, 2001 report having served in a combat zone or an area where they received combat or imminent danger pay, according to the lawsuit, and half reported being involved in combat operations. At least 860 female troops have been wounded and 144 killed in the Iraq and Afghanistan wars.