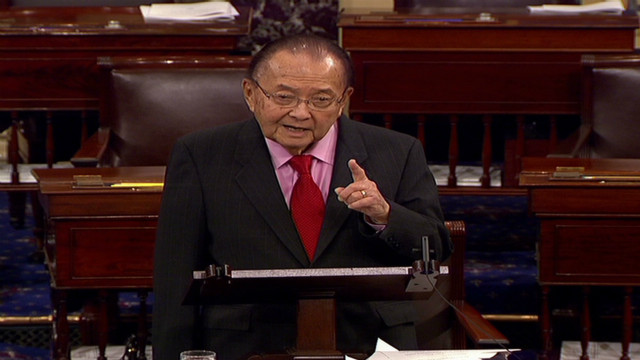 Opinion: Let’s honor the angels we lost by coming together

(CNN) - Too often, we allow ourselves to be defined by our differences.

We are either red state or blue state; 1% or 99%; Muslim, Jewish, Catholic, Protestant; black, white or brown; pro-life or pro-choice.

For or against gun control.

The citizens of this country speak strongly and divisively. After all, it is baked in our American identity. This dissent, we argue, creates a healthy democracy, and an inquisitive mind.

But sometimes too much difference can cause dysfunction.

As a psychologist I have often witnessed the distinct parts of a person’s mind come apart so strongly that extreme mental illness emerges.

Let’s not let this be our country’s fate.

Unity holds our country’s promise. May we offer it as a legacy to those taken away from us so senselessly?

Let’s let the little angels and their keepers who died so tragically become our inspiration for a society of difference that works together.

When so many little children die, as they did in the Sandy Hook tragedy, and when heroic teachers, a school psychologist and a principal are called upon to defend the lives of little ones with their own, we have two choices.

We can succumb to the base ugliness of despair.

Or we can repair.

Can we finally admit and agree that we have a problem with violence in our country and decide to fix it?

Sometimes so much focus on our collective differences obscures the valiant and expansive nature of the American character.

This weekend, however, we cried together.

Perhaps we found a way to honor our differences while also unifying for our children.

At the Sandy Hook memorial service, the nation witnessed Jews, Christians, Muslims, B’hai – black, white and brown – come together to mourn and to pray.

It felt like the template for our future. END_OF_DOCUMENT_TOKEN_TO_BE_REPLACED

Washington (CNN) - Daniel Inouye, a World War II veteran who received the Medal of Honor and represented Hawaii in the Senate for five decades, has died, his office announced Monday. He was 88.
He died of respiratory complications Monday evening shortly at Walter Reed National Military Medical Center, with his wife and son at his side.

Inouye was hospitalized last week and had undergone procedures to regulate his oxygen intake.
He won his ninth consecutive term in 2010 and was the second-longest-serving senator in the chamber's history, trailing only Sen. Robert Byrd of West Virginia. Inouye was a senator for all but three of Hawaii's 53 years as a state and had served as its first House member before that.

Senators of both parties took to the chamber floor Monday to mourn his death, and President Barack Obama described Inouye as "a true American hero."

"In Washington, he worked to strengthen our military, forge bipartisan consensus, and hold those of us in government accountable to the people we were elected to serve," Obama said in a statement. "But it was his incredible bravery during World War II - including one heroic effort that cost him his arm but earned him the Medal of Honor - that made Danny not just a colleague and a mentor, but someone revered by all of us lucky enough to know him. Our thoughts and prayers are with the Inouye family."