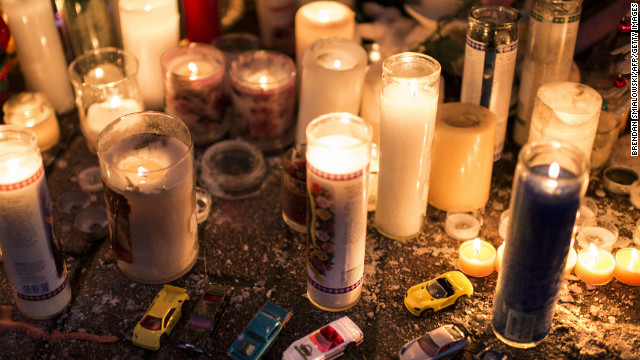 (CNN) - For the past few days, Americans have been weeping together and wringing our hands once again at the senseless tragedy of a mass murder inside a school. The horrific scene in Newtown, Connecticut, is now seared permanently in our collective conscience, as we search for answers. We'll look at the photograph of Adam Lanza and ask over and over again how he could have come to such a deadly crossroads.

We still know nothing about his motives, only the devastating carnage he wrought. And yet we've already heard from experts who talk about mental illness, Asperger's syndrome, depression, andautism. The chorus of gun boosters has defensively chimed in about how gun control would not have prevented this.

Former Arkansas Gov. Mike Huckabee offered the theory that since "we have systematically removed God from our schools, should we be so surprised that schools would become a place of carnage?" (As if those heathen children deserved it?)

All the while, we continue to miss other crucial variables - even though they are staring right back at us when we look at that photograph. Adam Lanza was a middle class white guy.

If the shooter were black and the school urban, we'd hear about the culture of poverty; about how inner-city life breeds crime and violence; perhaps even some theories about a purported tendency among blacks towards violence.

As we've seen in the past week, it's not only those living on the fringes of society who express anger through gun violence.

Yet the obvious fact that Lanza - and nearly all the recent mass murderers who targeted non-work settings - were middle class white boys seems to barely register. Look again at the pictures of Jared Lee Loughner (Tucson), James Eagan Holmes (Aurora) and Wade Michael Page (Oak Creek) - a few of the mass killers of the past couple of years. (Yes, the case of Seung-Hui Cho, the perpetrator at Virginia Tech, the worst school shooting in our history, stands out as the exception. And worth discussing.)

Why are angry young men setting out to kill entire crowds of strangers?