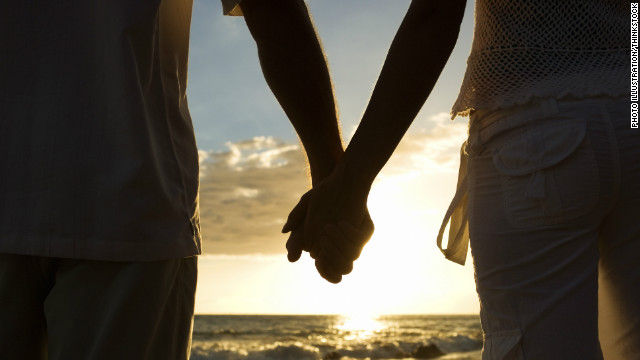 A new immigration rule makes it easier for undocumented workers to return to the U.S. to wait for visas.
January 14th, 2013
01:05 PM ET

He loves her and her 16-year-old daughter. His work provides their income and allows her to attend nursing school. They married two years ago and their future was set. Except for one thing. Lucio came to the United States illegally and has been living as an undocumented immigrant. At any time he could be deported to his native Peru.

Although undocumented, Lucio was able to find work as a contracting muralist in Houston, where Vera - a U.S. citizen - was born and raised. He learned to speak English in less than three years for work and the need to communicate with the "love of his life" as he put it.

"I love this country and have made it my home. I want to be able to contribute to this country and give back in any way I can," said Lucio. He said he got his Tax ID number as soon as he started working because he wanted to get started on the right path and pay his taxes.

Vera also depends on Lucio for emotional support as she suffers from PTSD. She is a victim of sexual molestation and suffered mental and physical abuse while growing up.

They'd always planned for Lucio to apply for citizenship, but were afraid of going into the system that would require him to return to Peru for up to 10 years.

"I used to have nightmares about Lucio and I separating. I used to worry so much about it," said Vera, "I wouldn't know what to do without him. If he left I wouldn't know how to run his business."

Now Vera and Lucio, whose last names we've agreed to withhold to protect their identity, are entering that system, hopeful that they won't be separated.

Come March, many mixed-status families will breathe a sigh of relief knowing they won't have to remain separate for a long period of time while they apply to become legal residents in the U.S., according to a new rule made by the Department of Homeland Security announced last week.