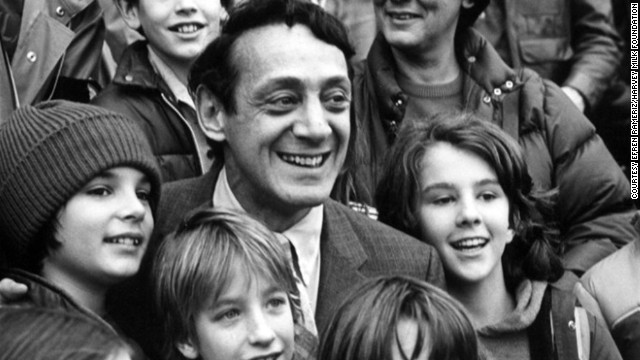 San Francisco voters may get the opportunity to rename their airport after slain politician and civil rights activist Harvey Milk.
January 16th, 2013
05:00 AM ET

Civil rights activist Stuart Milk can imagine the impact of that airport announcement on the scared young people he's met in the United Arab Emirates and other countries around the world, where gay people live in fear for their lives.

Stuart Milk's uncle Harvey Milk, a San Francisco supervisor, was one of the first openly gay politicians in the United States when he and San Francisco Mayor George Moscone were killed by former supervisor Dan White at City Hall in 1978.

The name change could become a reality if a San Francisco lawmaker has his way.

David Campos, an openly gay Latino member of the San Francisco Board of Supervisors, plans to introduce legislation Tuesday to make naming the city's airport after Milk possible.

The supervisor sees the likelihood of U.S. Supreme Court rulings later this year on cases getting at "the core of whether or not members of the LGBT community will have equal treatment under the law" as a prime time to initiate the tribute to Milk.