'Now's the time' to move on immigration, Obama says

Las Vegas (CNN) - President Barack Obama threw his full support behind a comprehensive overhaul of U.S. immigration laws on Tuesday, saying "now's the time" to replace a system he called "out of date and badly broken."

Speaking at a majority Hispanic high school in Las Vegas, Obama said "a broad consensus is emerging" behind the issue across the country, with signs of progress in Congress.

However, he acknowledged a fierce debate ahead on an issue he described as emotional and challenging, but vital to economic growth and ensuring equal opportunity for all.

"At this moment, it looks like there's a genuine desire to get this done soon. And that's very encouraging," Obama said, later adding: "This time, action must follow. We can't allow immigration reform to get bogged down in an endless debate."

The president spoke a day after eight senators - four from each party - introduced a framework for overhauling the immigration system that would provide an eventual path to citizenship for most of the more than 11 million undocumented immigrants in America.

While touted as a breakthrough by its drafters, the plan was similar in many aspects to previous immigration reform efforts that have failed in recent years.

She was only 10 years old when the reality of her family's desperate situation hit her in the face.

Rolando Zenteno has lived more than half his 18 years in the United States, yet he still feels like an outsider.

Another undocumented immigrant - Prerna Lal - is fighting to stay in her adopted homeland and dreaming of becoming an immigration lawyer.

As Washington lawmakers try to hammer out an immigration reform plan while avoiding political gridlock, millions of people find themselves caught in the middle - suspended between two worlds - while not really belonging to either.

Some immigrants spoke to CNN, giving permission to use their full names. Others chose to withhold their last names, fearing it would affect their legal status. Here are their stories. 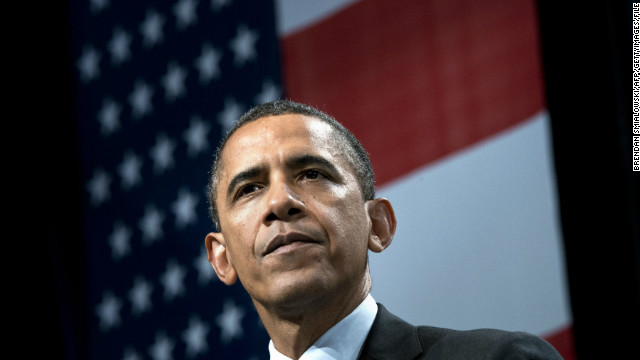 Obama lays out his plan to overhaul immigration

(CNN) - CNN.com has a live blog during the President's speech on immigration, and you can watch the president speak here and on CNN TV.

Applicants in Los Angeles line up in August to file for the Obama administration's reprieve from deportation.
January 29th, 2013
11:41 AM ET

Editor's note: Bill Richardson was governor of New Mexico for two terms and represented the state's 3rd Congressional District for 15 years. He is chairman of the Association of Public-Safety Communications Officials' executive advisory service Global Political Strategies and special envoy for the Organization of American States. The former U.S. ambassador to the United Nations also is senior fellow for Latin America at Rice University.
Read this article in Spanish

By Bill Richardson, Special to CNN

(CNN) - The stars may finally be aligning for a comprehensive immigration overhaul. Whatever the reasons - and there are many - it's about time.

During my two terms as governor of a border state, there were times when I was hopeful for a breakthrough. But political fear-mongering often ruled the day as immigrants and drugs illegally crossed into the United States and weapons flowed to the south. With every border flare-up, the American public - and their elected leaders - put immigration on the back burner.

I am encouraged by the news that a bipartisan group of senators has crafted a plan and is working on building consensus toward a political way forward. The Congressional Hispanic Caucus is also taking an active role and showing leadership on this issue. My hope is that we end up with a truly comprehensive solution that does not tear families apart.

Washington (CNN) - A bipartisan group of senators on Monday introduced a plan for overhauling U.S. immigration policy a day before President Barack Obama was to lay out his plan.

The eight senators say their plan will secure the border and provide a path to citizenship some undocumented immigrants already in the country.

Critics say the citizenship component is granting amnesty for those who entered the country illegally.

Here are some frequently asked questions on immigration reform:

A: The new push for immigration reform follows devastating poll results for Republican presidential nominee Mitt Romney, who in November won just 27% of the Latino vote. That's down from 44% for President George W. Bush in 2004 and 31% for Sen. John McCain four years ago.

The dramatic slide jolted key Republicans to act quickly on the complex and emotional issue that has divided the parties for years.

Republicans long have argued that Latino voters, many of whom are Catholic and pro-life, would find a home in the GOP if not for the harsh rhetoric some Republicans use to debate illegal immigration.

Democrats also are under pressure to reach a deal. Many Latino voters were disappointed that President Barack Obama didn't work harder in his first term to pass a bill. Immediately after his election, Latino leaders pushed the president to make sure it would be a priority for his second term.

As a signal of how important the issue is for Senate Democrats, Senate Majority Leader Harry Reid announced last week an immigration reform bill would be labeled S-1, meaning it's Senate bill No. 1 of the new Congress - and clearly a top priority.