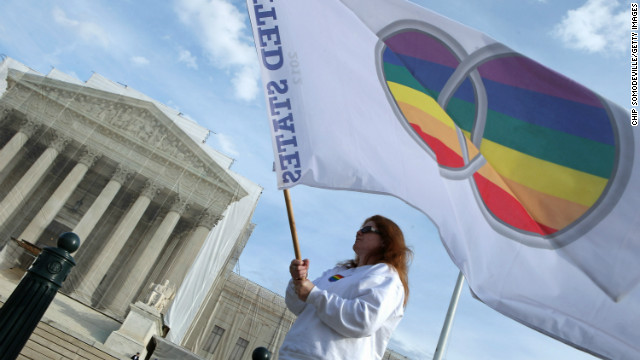 (CNN) - In the next few days, the Boy Scouts of America is expected to announce whether it plans to change its longstanding national policy against openly gay members.

Many parents of Scouts have voiced their concerns, saying homosexuality goes against the teachings of their faith. But many others find the ban on gays out of sync with the ideals of scouting - and of the nation as a whole.

Divided, still. But many more Americans empathize with gay Americans today. Many of those who have been crusading for decades to win more rights now say they have reached a precipice.

Polls show the public has gradually become more accepting of same-sex marriage, for instance. More Americans favor it in 2013 than oppose, according to the Pew Research Center.

Veteran activists feel America has reached a watershed moment in its writing of gay rights history. Defeats now - whether with the Boy Scouts or in upcoming Supreme Court decisions on same-sex marriage - would break with the momentum that has been steadily building for many months.

"Watershed? No, it's a tidal wave," said Mark Segal, a longtime activist who is often called the dean of gay journalism - he is publisher of the Philadelphia Gay News.