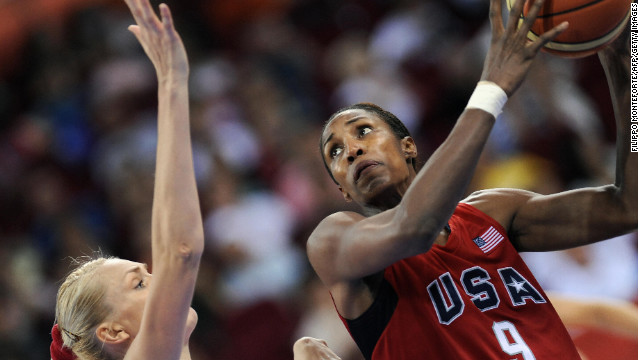 Women's athletics a battle for respect

Atlanta (CNN) - Basketball star Lisa Leslie battled her way from the courts of Inglewood, California, to the upper echelons of the WNBA to become one of the most popular women's basketball players of all time.

After retiring from play, Leslie finds herself in a new fight - to gain respect for her beloved sport.

"It's a constant battle," she says. "I feel like I'm an activist for women in sports."

Marking its 17th season this year, the Women's National Basketball Association is the country's longest-running professional women's sports league. But the quest for fans, sponsors and exposure in a sports world dominated by men can be slow, and tough.

The league will celebrate the 27th annual National Girls and Women in Sports Day on Wednesday, with several community events across the country. The occasion will honor female achievement in sports. But some say U.S. attitudes have a long way to go.