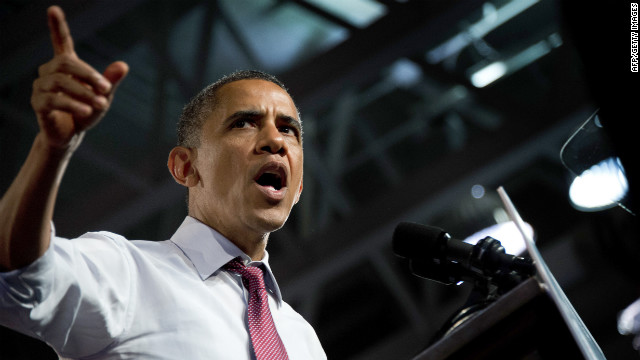 The truth is, the black community finds itself in the worst of all possible situations - both economically and politically. END_OF_DOCUMENT_TOKEN_TO_BE_REPLACED

(CNN) - After 10 years unbeaten, and an incredible 470 successive victories, Esther Vergeer is hanging up her racket.

The 31-year-old has dominated wheelchair tennis for more than a decade, winning seven Paralympic gold medals, 13 world titles and all 21 of the grand slam singles events she entered, plus 23 in doubles.

She won 169 singles titles overall - 120 of them consecutively - plus 159 in doubles, and helped the Netherlands win the World Team Cup 12 times.

"I am impressed I got this far. I sometimes still cannot believe that in all these years I did not have a breakdown. But for now it's enough," Vergeer told reporters.

She was hailed as an inspirational figure by the head of the International Tennis Federation, Francesco Ricci Bitti.

"Esther Vergeer is a tremendous ambassador not only for tennis but also for disability sports," Ricci Bitti said.

West Miami, Florida (CNN) - Sen. Marco Rubio's selection to speak right after the president's State of the Union address marks another milestone in the swift rise of the political star.

Rubio became Florida's speaker of the House at just 35, he pulled off an upset victory over Gov. Charlie Crist in the U.S. Senate race in 2010, he was seen prominently campaigning with GOP presidential candidate Mitt Romney last year, and he is already talked about as a future contender for the presidency.

Friends attribute his speedy ascent not only to his personal appeal, but also to out-hustling the competition and being in the right place at the right time.

This year, with the immigration issue becoming a priority in Washington, he is a sought-after voice, thanks to his personal story as the son of Cuban immigrants. He also gives Republicans a fresh face to appeal to new audiences - especially to younger and Hispanic voters, both of which the GOP once again failed to win over in the last election.

Time magazine dubbed Rubio "The Republican Savior" on its cover and in a lengthy profile. (His modest response, via tweet: "There is only one savior, and it is not me. #jesus")

And now, the prime speaking slot he was selected for is adding to his cachet as an up-and-comer.