The wisdom of women: Whose words inspire you?

(CNN) - Every March 8th, International Women's Day honors the achievements of women past and present, while remembering that equality is still a work in progress.

So, in the lead-up to this year's event, we're asking our readers to share their favorite quotes from celebrated women of the world.

It could be a motto on love, a tip for success, a proverb on happiness or a witty observation about life. Just share the words that have inspired you along the way and it could be featured - along with your name - as part our special coverage.

Lost for inspiration? Check out some of these quotes from a few of the amazing women who've appeared on CNN's Leading Women over the last year.

"If you can find something that you're really passionate about, whether you're a man or a woman comes a lot less into play. Passion is a gender-neutralizing force." Yahoo CEO, Marissa Mayer. 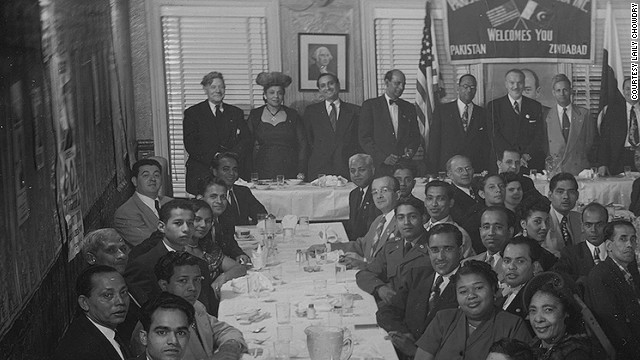 Bengalis and their Puerto Rican and African-American wives at a 1952 banquet at New York's Pakistan League of America.
February 15th, 2013
06:00 AM ET

(CNN) - In the next few weeks, Fatima Shaik, an African-American, Christian woman, will travel “home” from New York to Kolkata, India.

It will be a journey steeped in a history that has remained unknown until the publication last month of a revelatory book by Vivek Bald. And it will be a journey of contemplation as Shaik, 60, meets for the first time ancestors with whom she has little in common.

“I want to go back because I want to find some sort of closure for my family, said Shaik, an author and scholar of the Afro-Creole experience. 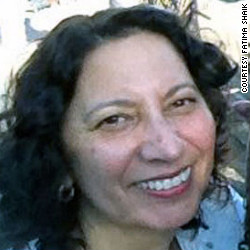 Fatima Shaik's grandfather settled in New Orleans. She is going to India to see his home.

That Americans like Shaik, who identify as black, are linked by blood to a people on the Indian subcontinent seems, at first, improbable.

South Asian immigration boomed in this country after the passage of landmark immigration legislation in 1965. But long before that, there were smaller waves of new Americans who hailed from India under the British Empire.

The first group, to which Shaik’s grandfather, Shaik Mohamed Musa, belonged, consisted of peddlers who came to these shores in the 1890s, according to Bald. They sold embroidered silks and cottons and other “exotic” wares from the East on the boardwalks of Asbury Park and Atlantic City, New Jersey. They eventually made their way south to cities like New Orleans and Atlanta and even farther to Central America.

The second wave came in the 1920s and ‘30s. They were seamen, some merchant marines.

Most were Muslim men from what was then the Indian province of Bengal and in many ways, they were the opposite of the stereotype of today’s well-heeled, highly educated South Asians.

South Asian immigration was illegal then – the 1917 Immigration Act barred all idiots, imbeciles, criminals and people from the “Asiatic Barred Zone.”

The Bengalis got off ships with little to their name.

They were mostly illiterate and worked as cooks, dishwashers, merchants, subway laborers. In New York, they gradually formed a small community of sorts in Spanish Harlem. They occupied apartments and tenement housing on streets in the 100s. They worked hard.

And they did all they could do to become American in a nation of segregation and prejudice. END_OF_DOCUMENT_TOKEN_TO_BE_REPLACED