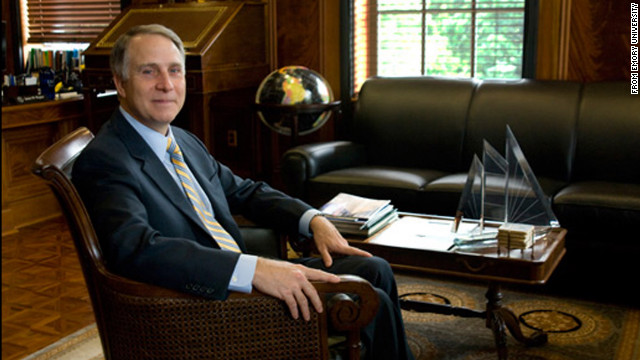 The example he chose to illustrate his point, however, was rather unfortunate.

And before the weekend was over, he was apologizing for citing the so-called three-fifths compromise in which Northern and Southern states agreed to count three-fifths of the slave population for determining representation.

"A number of people have raised questions regarding part of my essay in the most recent issue of Emory Magazine," Wagner wrote in an apology posted above his original column.

"Certainly, I do not consider slavery anything but heinous, repulsive, repugnant, and inhuman," he said. "I should have stated that fact clearly in my essay. I am sorry for the hurt caused by not communicating more clearly my own beliefs. To those hurt or confused by my clumsiness and insensitivity, please forgive me." END_OF_DOCUMENT_TOKEN_TO_BE_REPLACED 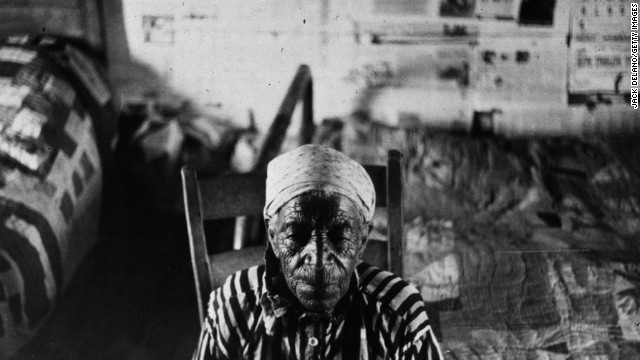 Editor's note: CNN Contributor Bob Greene is a best-selling author whose 25 books include "Late Edition: A Love Story"; "Duty: A Father, His Son, and the Man Who Won the War"; and "Once Upon a Town: The Miracle of the North Platte Canteen."

By Bob Greene, CNN Contributor
(CNN) - "I was owned by Johnson Bell and born in New Orleans, in Louisiana."

Those words were spoken by a man named Frank Bell.

His words, and those of thousands of other American citizens, were transcribed in the 1930s, at the depth of the Great Depression. As part of President Franklin D. Roosevelt's efforts to restart the economy, the Works Progress Administration was founded, and one arm of the WPA was something called the Federal Writers' Project.

Men and women were hired by the government to work on various assignments documenting American history and American life.

One of those assignments, vast in scope, came to be known as the Slave Narratives.

"If a woman was a good breeder she brought a good price on the auction block," said Hattie Rogers, a North Carolina resident, when she was interviewed in 1937. "The slave buyers would come around and jab them in the stomach and look them over and if they thought they would have children fast they brought a good price."

We are in the midst of Black History Month. The slave years in the United States were not only black history, they were American history - the ugliest and most indefensible chapter.

(CNN) - A nurse is suing a hospital, claiming it agreed to a man's request that no African-Americans care for his baby.

The lawsuit accuses managers at Hurley Medical Center in Flint of reassigning Tonya Battle, who has worked at the facility for 25 years, based on the color of her skin.

The man approached Battle, while she was caring for his child in the hospital's neonatal intensive care unit, asking to speak to her supervisor, according to the complaint filed in January by Battle's attorney.

She pointed the charge nurse in his direction.

The man, who is not named in the filing, allegedly showed her a tattoo that may have been "a swastika of some kind" and told her that he didn't want African-Americans involved in his baby's care.