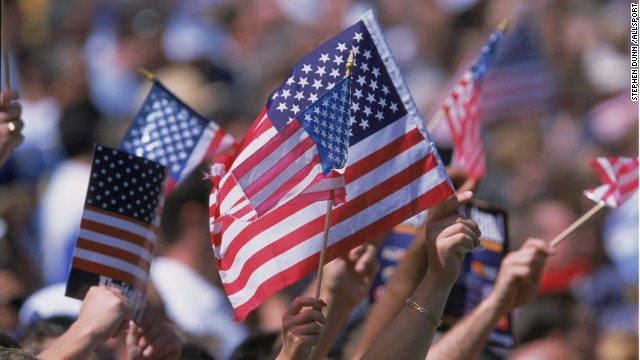 Opinion: When U.S.A! U.S.A! chant is not patriotic

San Diego (CNN) - It never occurred to me that the chant "U.S.A, U.S.A!" - something you might hear from enthusiastic sports fans at the World Cup or the Olympics - could be used as an insult. That is, until I saw (and heard) it for myself.

Before I tell that story, let's be clear. Chanting "U.S.A, U.S.A!" is fine; what matters is the context, the intent behind the chant. And that isn't always easy to discern.

It's great if the people chanting are just trying to celebrate a magnificent country. Part of what makes the United States so special in the first place is that we're also an extremely diverse country. The national motto may be "e pluribus unum" (of many, one), but Americans should always strive to cherish and celebrate those cultural differences that make us unique. This means respecting one another as equals.

So it's not so great if the idea of raising one's voice in a group display is to try to put another group of Americans in its place by implying - solely because of race, ethnicity, heritage or skin color - that they're not real Americans or "not American enough." Whatever that means.

That is when the chanting can become really offensive. Patriotism is one thing, racial or ethnic putdowns are another. In recent years, we've seen far too many examples of the latter.

In fact, recently, a group of students at Camarillo High School, northwest of Los Angeles, were ejected after leading a rally at a basketball game against a rival school. The students first showed up at the game wearing American flag bandanas, but school officials asked that they remove them. When they refused, they were told to leave the auditorium. They did, but defiantly returned soon after still wearing the bandanas. Then they whipped the crowd into a frenzy by chanting "U.S.A, U.S.A!" That's when they were asked to leave the premises, and report to the principal the next day. 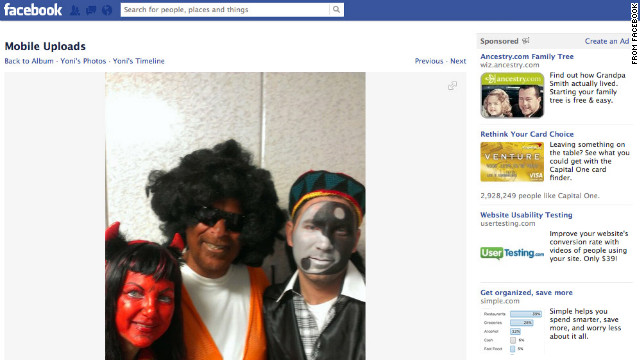 Dov Hikind, center, is seen in costume with his wife and son. The photo was obtained from what CNN believes to be his son Yoni's Facebook page.
February 26th, 2013
03:44 PM ET

New York (CNN) - A New York state lawmaker said Monday he's sorry if he offended anyone by dressing in blackface for a Purim party, but a colleague says his apology doesn't go far enough.

Assemblyman Dov Hikind wore an Afro wig, an orange jersey and had his face painted brown by a professional makeup artist for a weekend party celebrating the Jewish holiday at his home. He told The New York Times that he was supposed to be "a black basketball player."

The Brooklyn Democrat initially tried to dismiss complaints about his costume as "political correctness to the absurd," but reversed himself by Monday afternoon in the face of mounting criticism.

"Anyone who was offended, I am sorry that they were offended," Hikind told reporters at a news conference. "That was not the intention, and that is really all I can say. I just have to reiterate it was Purim. Purim is when people get dressed up."

Opinion: What we can learn from Trayvon Martin shooting

Editor’s Note: Eric Deggans serves as TV/media critic for the Tampa Bay Times, and is the author of "Race-Baiter: How the Media Wields Dangerous Words to Divide a Nation," a look at how prejudice, racism and sexism fuels some elements of modern media.

By Eric Deggans, Special to CNN

(CNN) - One year after an explosion of press attention made it one of the most-covered news stories in the first half of 2012, the question seems obvious:

Has the news media learned anything about covering race issues in the wake of the Trayvon Martin shooting?

Considering how little attention the case garners today, it is tough to remember just 12 months ago how much journalists obsessed on this story, when unarmed, African-American teen Martin was shot and killed by neighborhood watch volunteer George Zimmerman in a Sanford, Florida, subdivision on Feb. 26, 2012.

For a time, it was second in coverage only to the presidential election, as Martin’s family pressed a reluctant Sanford police department and Florida prosecutors to arrest Zimmerman for fatally shooting a teenager armed only with a bag of candy and a bottle of iced tea. As condemnation of Zimmerman grew, a cadre of supporters, often in conservative media outlets, arose to decry a rush to judgment while challenging the family’s depiction of Martin as an innocent child.

Too often, news audiences seemed caught in the middle, ill-served by coverage which often seemed focused on serving the news outlet’s own priorities as much as informing the public.

Twelve months later, it may seem as if little has changed. But there are subtle lessons to be learned about the shape of modern media from the impact of the Trayvon Martin case, some that are shared in "Race-Baiter: How the Media Wields Dangerous Words to Divide a Nation:" END_OF_DOCUMENT_TOKEN_TO_BE_REPLACED